On the occasion of International Museums Day, it is my pleasure to present a selection of artworks from the British Council collection which celebrate diversity and inclusion as a force for innovation. Each of the artists featured uses ‘difference’ as a means of discovery and an engine for new ideas. They embrace collaboration, experimentation and risk-taking in order to advance artistic practice as well as create space for society to imagine new futures. ICOM UK and British Council work to promote the exchange of ideas between people from different backgrounds across the globe. I invite you to reflect on how we can increase diversity and inclusion as means of creating a better society.

Women in Technology and Science 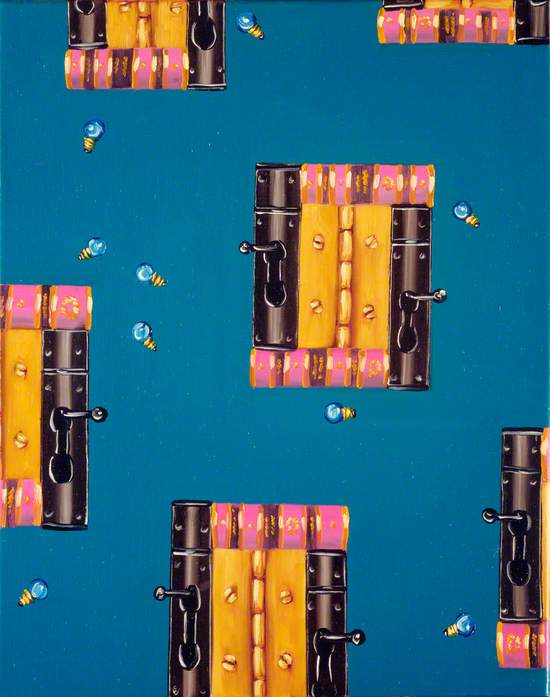 This work caught my eye as there are so few women in the video game industry. Treister is not a 'techie' by nature. In a 2004 essay, she states: "[In the 1980s] I spent several nights a week hanging out in amusement arcades ... with my boyfriend who was hooked on video games. Over time ... I started to think about the games, their structures, their objectives, their themes, their addictiveness." It was not easy for Triester to gain support. She recalls: "At the time of making these first digital works I felt quite alone. ...I was severely warned by many artists of the dangers of being "taken over" by the machine." 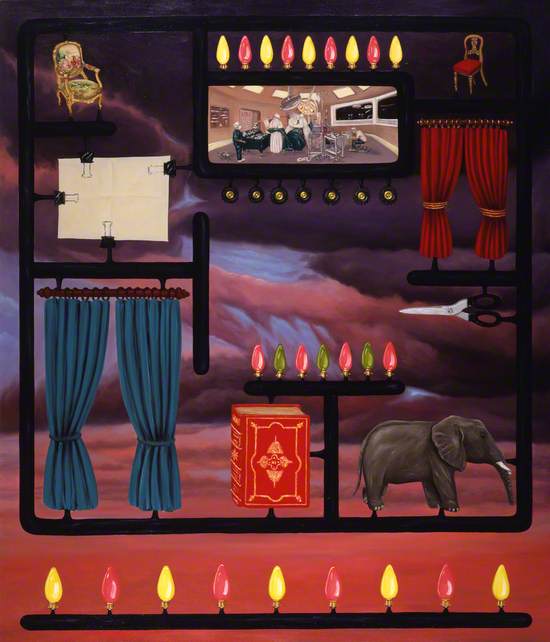 Treister's work was featured in New Voices, a British Council exhibition of works made by then young artists between 1989 and 1992 in order to offer a broad overview of the work of a new generation of British painters. Treister is now a leading digital artist. In 2019, the Serpentine Gallery launched Treister’s augmented reality app The Escapist BHST. 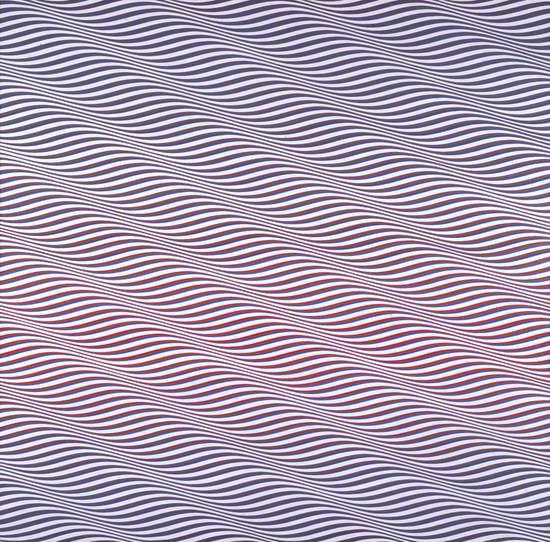 Briget Riley is known as a pioneer in Op Art - abstract art that creates the illusion of movement. Made in the run-up to the XXXIV Venice Biennale (1968), where she was the first British artist (and first woman) to win the International Prize for Painting, the ‘Cataract’ series marked a defining moment in Bridget Riley’s career. For the first time she experimented with colour in her work. The science behind pointillism - small, distinct dots of colour are applied in patterns to form an image - developed by George Seurat and Paul Signac, greatly influenced Riley's work. In 2019, the National Gallery opened 'Messengers,' an large-scale wall painting by Riley that takes as its starting point George Seurat's Bathers at Asnières, 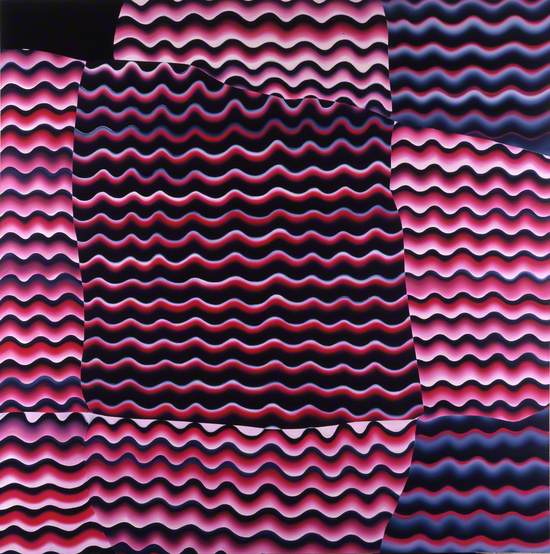 You can see Riley's legacy in Akiko Usami work. She was born in Japan and studied at the University of East London and the Royal College of Art. Her paintings are an attempt to transform the rhythm, movement and sensation evoked by sound into a tangible and physical object. The repeating lines produce a calm, melodic, almost hypnotic, effect. Of her own work Usami has written 'My intention is to use a controlled spontaneity to build up sensation.By retaining the qualities of being consciously 'handmade' a human element is introduced; the physical activity of painting and the passage of time involved during the process become important factors in order to create a perceptual experience which goes beyond the purely optical.'

Every day the art world is becoming more inclusive - artists who articulate the experience of people of African descent are increasingly being recognised. However, the artists featured below have invented new techniques and practices that question the concept of race and the mythologies built around notions of ethnicity. 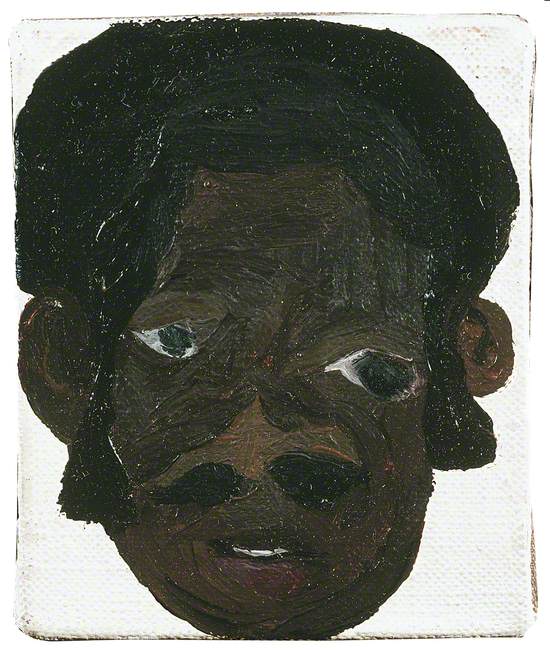 Chris Ofili was born in Manchester in 1968. He won the Turner prize in 1998 for work including No Woman, No Cry which responds to the death of Stephen Lawrence, who was murdered as a teenage boy in an unprovoked racist attack in London in 1993. His work was shown in the British Pavilion at the 2003 Venice Biennale. Untitled (1996) featured in the British Council's Africa Now exhibition alongside other artists "who struggle with their minority identities as African immigrants residing in Europe or North America." 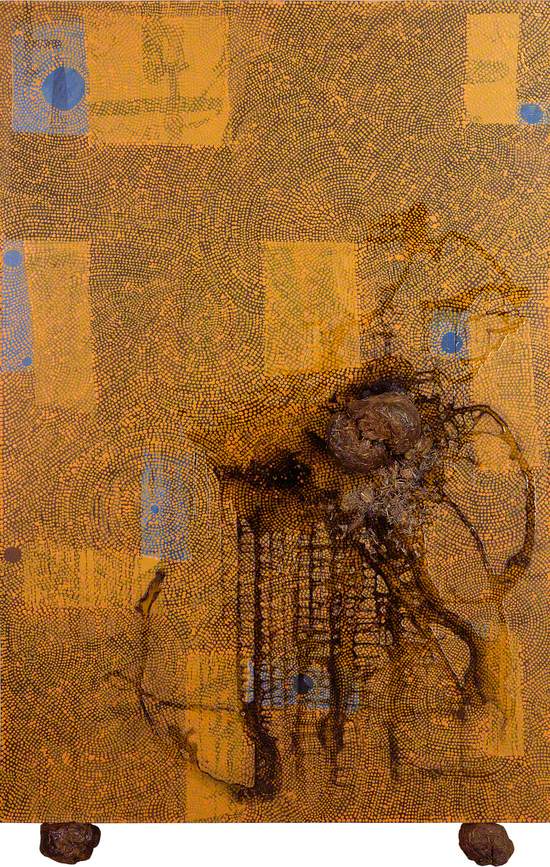 However, rather than simply give visibility to people of African descent, Ofili aimed to de-stablise myths around race. When he took a British Council trip to Zimbabwe, he discovered the sacred nature of elephant dung and the rich dot technique used in the cave paintings . On his return, Ofili explored the connotations of this new material, buying an advert in Frieze that featured simply the bold text ‘ELEPHANTSHIT’, and creating readymade graffiti stickers with the same phrase. The‘creation myth’ of the Zimbabwe trip is widely reported, having been twisted around the mythology of the black artist ‘finding’ their blackness on a trip. 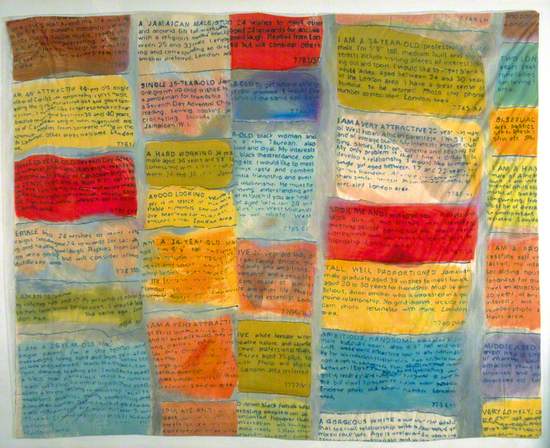 Sonia Boyce claims many firsts – the first black female artist to have a work purchased by the Tate, to be elected to the Royal Academy of Art, and, most recently, to represent the UK at the Venice Biennale. Her early work focused on articulating the experience growing up Afro-Caribbean in London. However, her practice has evolved to use an essential element of innovation - collaboration. For her 2017 ICA show We Move in Her Way, Boyce invited an audience - who wore masks to shield their identity - to create an improvised performance which became raw material for a multimedia installation. The dynamics of power-play shifted between the audience, performers and the objects created, facilitating being together, whilst remaining distinct. 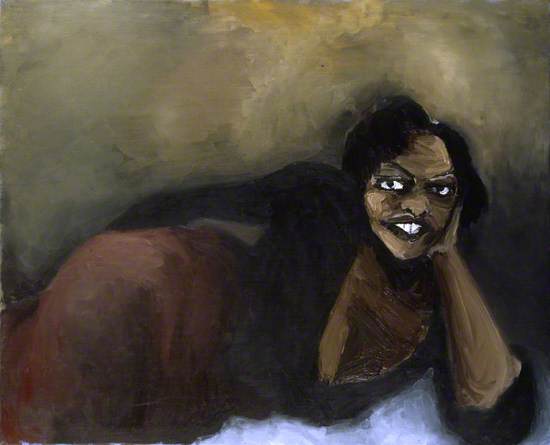 Lynette Yiadom-Boakye is a contemporary British portrait painter and 2013 Turner Prize finalist. Yiadom-Boakye describes her work as being ahistorical, set amidst fictional scenes which are enhanced by the titles of each piece and cites artists like Chris Offili as influences on her practice. Working in a loosely gestural style, she often depicts people of color set amidst muted backgrounds. As a black artist of Ghanian descent, Yiadom-Boakye has said that “race is something that I can completely manipulate or reinvent or use as I want to,”

Sometimes consciously, sometimes unconsciously we seek diversity in order to create tension and spark new ideas. It is important to recognise and celebrate how mixing cultures leads to innovation and new thinking. 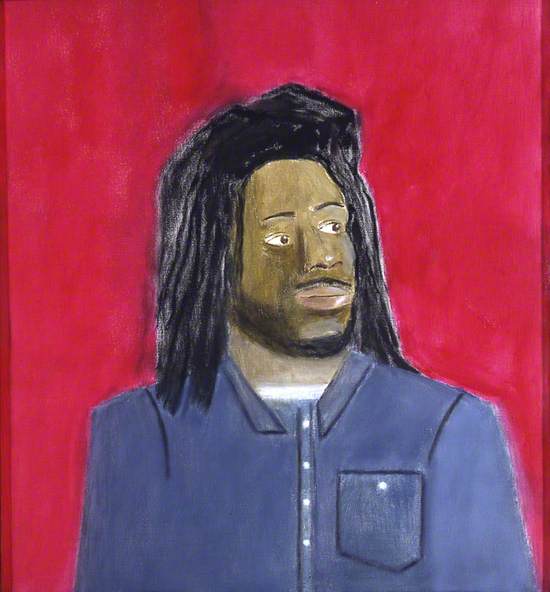 Craigie Aitchison was a Scottish painter. ‘When people ask me why I only paint black people … I always ask them why they only paint white people’ For Aitchison, painting black models was not a statement, but an artistic choice. His pictures were almost always built up of thin, deeply saturated Expressionistic hues against which, he said, black skin looked better than white. While he initially painted portraits to explore his painting technique, his later portraits began to focus on his sitters’ sense of identity and personality. The British Council catalogue states: "This portrait endows Chris Ogidih with the assertive clarity and serene disposition of an ancient kouros." 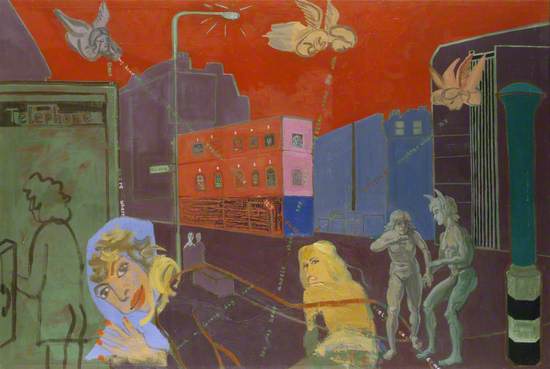 Of this work, Gopal-Chowdbury stated: "For myself, combining two very different images (Indian mythological and urban London) makes a situation which is both exciting and at times unbearable. I want to create an exchange between them so that everyday reality can appear mythic and the mythological part can become real. Balancing this is very difficult and mostly I fail. But sometimes, even in failing, an intensity is reached. Even when this happens, it doesn't last, so I keep trying and in different ways. Reality is elusive. If you try to capture it in one way it presents another aspect which is altogether different and so it's a constant battle, one I'm bound to lose. But still I want to keep trying." 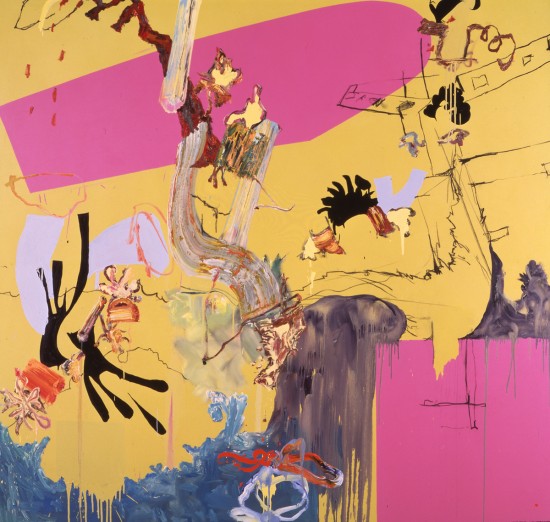 Fiona Rae is one of the Young British Artists (YBAs) who rose to prominence in the 1990s. Throughout her career, she has been known for having a portfolio of work that includes elements of energy, and complexity. Her work is known for aiming at expanding the modern traditions of painting. In a video interview she did for the Financial Times (https://youtu.be/D6FUXZ3DfAE), Rae discusses her technique, including that she draws from different cultural references, and suggests that her colour combinations are highly influenced by her early childhood in China.