The centuries between 1500 and 1800 saw dramatic changes to the conduct of warfare in Europe. This was an age of multiple conflicts within the continent, not least over religion, as well as of European empire-building. Firearms became increasingly important in these wars, while rulers such as Gustavus II Adolphus of Sweden and their advisors oversaw the reform of armed forces in what is sometimes called a "military revolution". 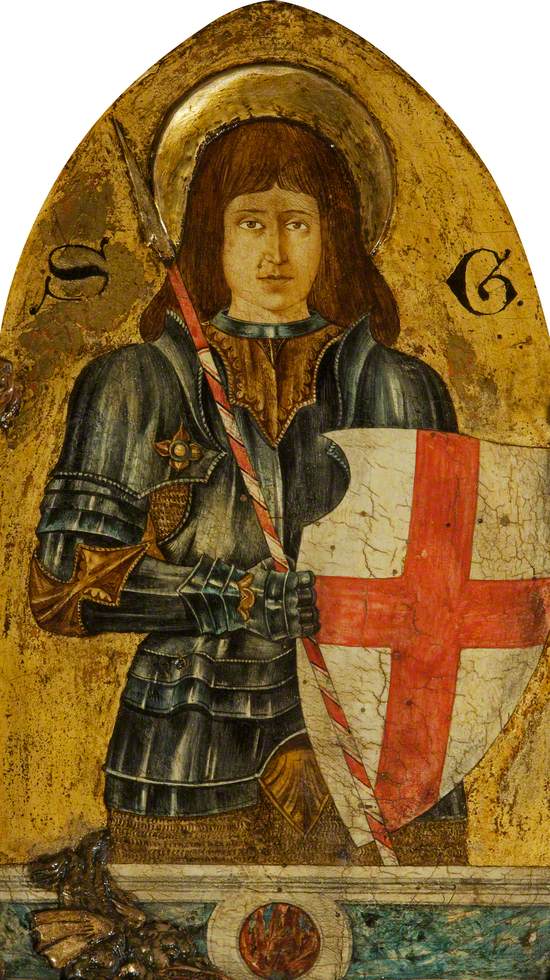 This portrait of Saint George, identifiable by the heraldry of his shield and the dragon beneath him, provides us with an example of a high-quality harness of plate armour that was worn by knights in the mid-fifteenth century. Plate armour was revolutionary in the quality of protection that it provided without significantly impacting mobility; a knight wearing this armour could still leap onto a horse, climb the wall of a tower, or even do a cartwheel. Mail would also be worn beneath to protect its joints, such as at the armpits of this harness. Many of the finest armours came from southern Germany and northern Italy, and even knights in England would order pieces of armour from the new workshops that sprung up in these areas. 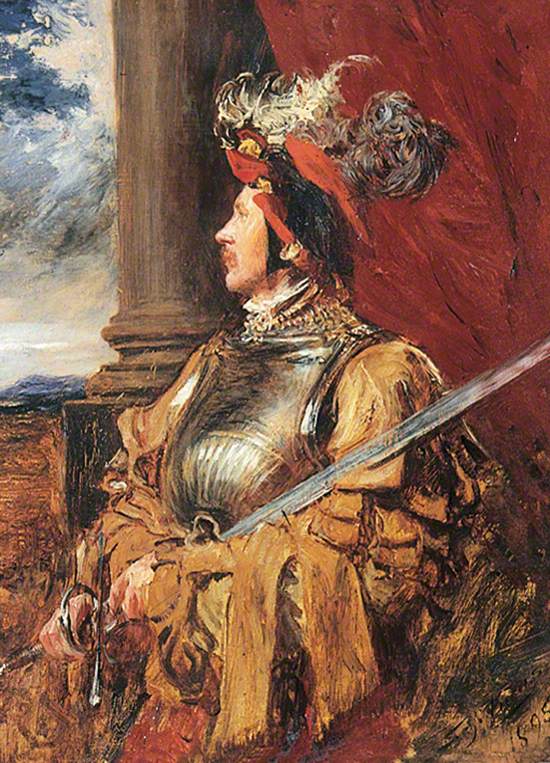 A new fashion in warfare

German-speaking mercenaries known as Landsknechte were much sought after in the late-fifteenth and early-sixteenth centuries. This period of warfare saw an acceleration of the transition into "pike and shot" warfare, where pike-armed infantry, gunners, and artillery would continue to grow in importance. Landsknechte played a crucial role in several important military engagements of their age such as the battles of Marignano and Pavia, and were often recognisable by their distinctive style of dress. This nineteenth-century portrait of S. J. Whawell shows the legacy of Landsknechte fashion as the artist has attempted to replicate key elements of their dress, including the ornate hat and large slashed sleeves. 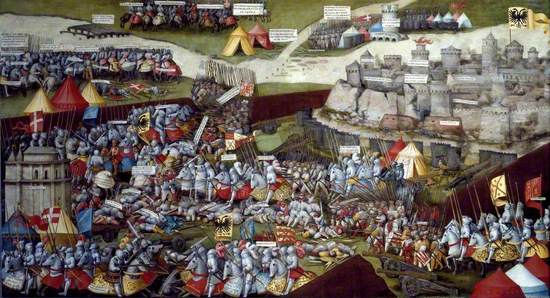 The Battle of Pavia

A key moment in the Italian Wars of 1494-1559, the Battle of Pavia saw the capture of Francis I, king of France, by the forces of his rival Charles V, Holy Roman Emperor. The town of Pavia, near Milan, had been besieged by the French for months, but a surprise attack by Imperial reinforcements defeated them. Spanish arquebusiers (an arquebus was an early type of handgun) played a vital role in the battle. But it was not the first time Spanish expertise with firearms had given them the advantage in these wars. Thanks to a combination of firepower and earthworks they had previously triumphed at the Battle of Cerignola, in 1503 and the Battle of Bicocca in 1522. 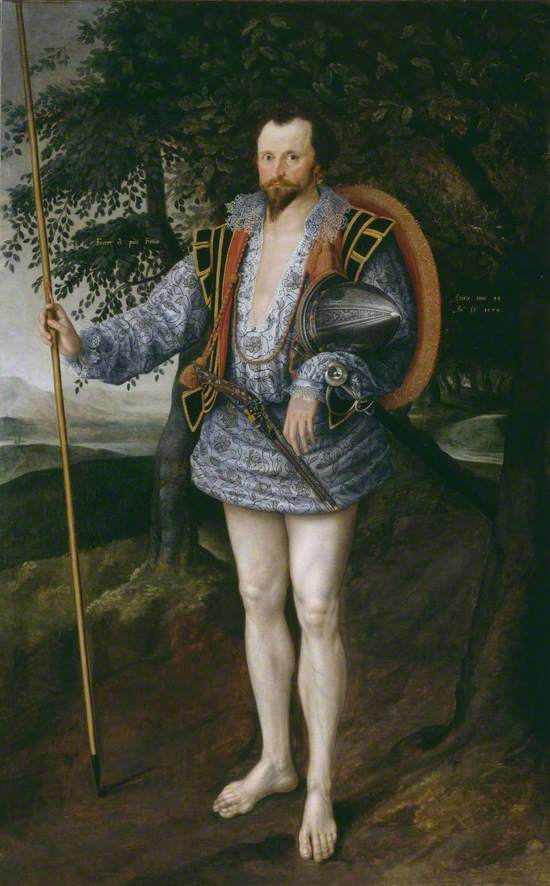 The rise of the gun

By the later sixteenth century, firearms were vital to European armies, with up to forty per cent of infantry now using guns. But it was still rare to find them shown in portraits. Guns were thought to be unchivalrous, and the Devil's work. There were a few exceptions. The Emperor Charles V was portrayed by Titian with a handgun in an equestrian portrait in 1548. The privateer Martin Frobisher, famous for his voyages to the New World, was painted in 1577 carrying a pistol. Here we see another Englishman prominent in colonial projects: Captain Thomas Lee. He fought in the 1590s campaign to colonise Ulster, and is shown here dressed as an Irish foot-soldier. Guns were an important technology in European empire-building. 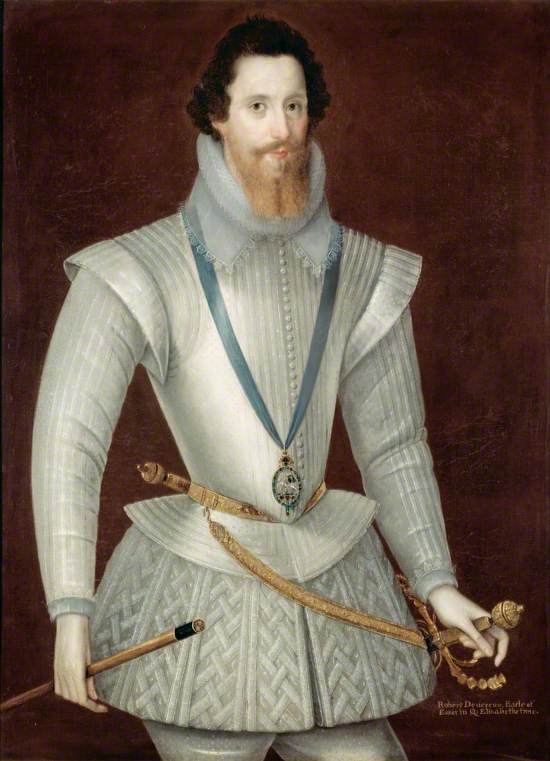 Guns did not altogether eclipse swords. Many sixteenth-century writers of fencing books stressed the benefits of fencing for those who expected to find themselves on the battlefield, but several also described the civilian context of swordplay in duelling. Two such authors in England, the gentleman George Silver and the fencing master Vincentio Saviolo, dedicated their books to the Earl of Essex, Robert Deveraux, shown here. Deveraux’s portrait depicts him armed with a rapier, a weapon growing in popularity. Its use was closely linked to duelling and there were legal limits on the length of rapier blades. Authors such as Saviolo praised its capabilities, but Silver saw them as “bird-spits” and impractical weapons for warfare. 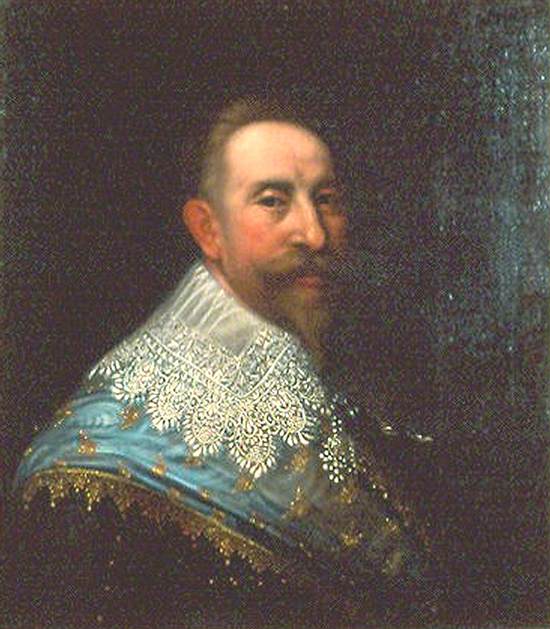 Gustavus II Adolphus, king of Sweden 1611-1632, is often credited as a military genius, bringing in the so-called military revolution. He certainly was a marketing genius - proven by the many broadsheets legitimizing the Swedish intervention in the German Thirty Years' War. He styled himself as a Protestant hero, the "Lion from Midnight", although in fact Sweden was supported by French subsidies. However, this was no individual triumph. His father and grandfather had been capable military reformers, war leaders and propagandists. Sweden had a tradition of conscription, now being enforced and more efficient than ever, and Gustavus-Adolphus had help from his lord high chancellor Axel Oxenstierna and from the Dutch weapon master Louis de Geer. 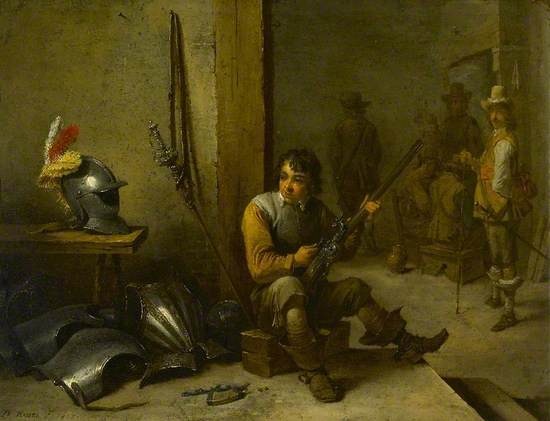 From matchlock to flintlock

As military organisation changed, so did weapons. In the early sixteenth century the most common type of gun had been the matchlock. This required the user to keep a long piece of cord - the match - alight. On firing, the lighted match was brought into contact with the gunpowder. Alternative firing mechanisms, avoiding the need for a lighted match, were developed. These included the wheel-lock and later the snaphaunce and flintlock, all of which use stone and metal to create a spark. These guns were controversial because unlike matchlocks they could be concealed beneath clothing. Their use was restricted across Europe as a risk to public order, but by the time of the English Civil War (seen here) they were in wide military use. 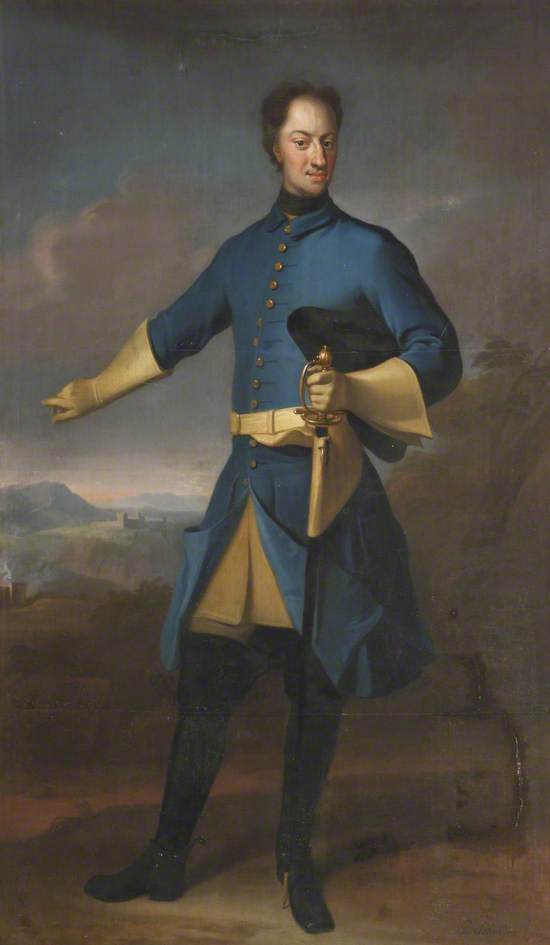 Crowned in 1697 at the age of 15, Charles XII was another famed military king. Sweden had by 1700 managed to make enemies with nearly every neighbour, and the young ruler looked an easy target. However, Charles went on to successful campaigns in the Great Northern War, and defeated Denmark-Norway, Saxony-Poland-Lithuania and even Russia at Narva (1700). He forced the former two to make peace, then turned once again to Russia. There his troops became the first of many to fail due to Russian geography and the opportunities it provided to draw out battle and leave foreign armies surrounded by scorched earth. The Battle of Poltava in 1709 was the end of Swedish military dominance in the Baltic and elsewhere. 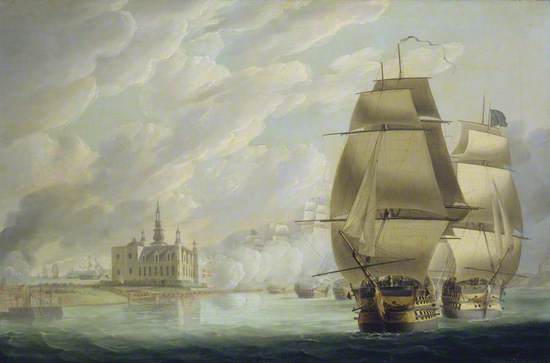 The Baltic region produced much of the grain, iron, timber, copper, and other materials on which many European powers depended. The Sound is the only reasonable navigable entrance to the Baltic Sea. During the war against Napoleon's France, the British feared opposition and challenges to the Baltic trade due to Scandinavian neutrality and undecided Russian behaviour, but Nelson, the great naval hero of British history, managed to win over the Danish fleet, and force entrance into the Baltic. Economic considerations may very well have motivated this campaign.