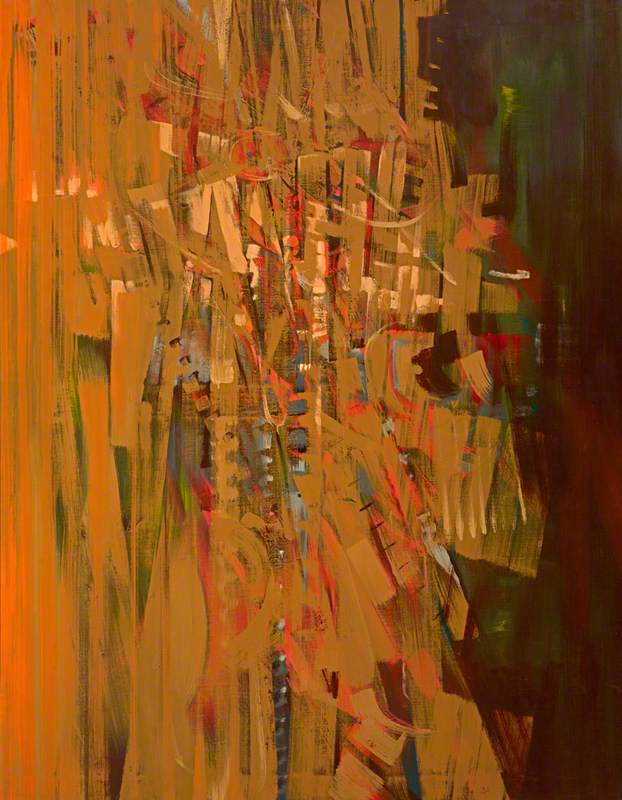 British painter, born in London. He studied at Westminster School of Art, 1937–8, and at the *Slade School, 1938–40. In 1945 he settled at Zennor, Cornwall (see St Ives School), and he taught at the *Bath Academy, 1951–6. During the decade 1946–56 his work consisted mainly of gouache landscapes, but in 1956 he began painting the abstracts that are his best-known works. They remain tenuously based on nature and have an affinity with the work of Roger *Bissière: ‘The landscape I live among is bare of houses, trees, people; is dominated by winds, by swift changes of weather, by moods of the sea; sometimes it is devastated and blackened by fire. These elemental forces enter into the paintings and lend their qualities without becoming motifs.

Read more
’ In 1964 Wynter moved to St Buryan in Cornwall, and at about this time his style changed, his work becoming more decoratively patterned and less intense. In the 1960s he also began producing *Kinetic constructions that he called IMOOS (Images Moving Out Onto Space), making use of convex mirrors to create spatial ambiguities. Further Reading C. Stephens, Bryan Wynter (1999)