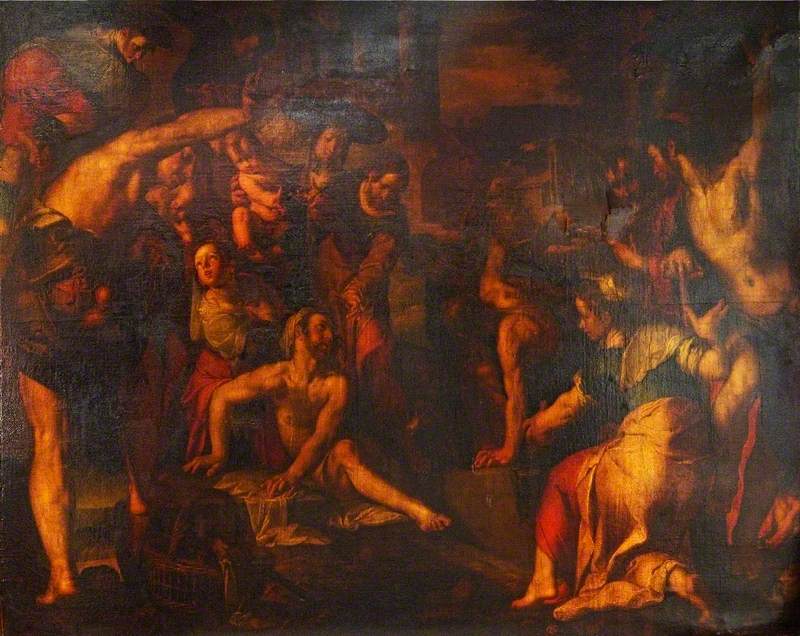 The Raising of Lazarus

Wycombe Museum
(b Utrecht, 1566; d Utrecht, 13 Aug. 1638). Dutch painter, mainly of religious and mythological subjects. After travelling in Italy and France c.1588–92, he returned to Utrecht, where he became one of the leading Dutch exponents of Mannerism. His highly distinctive, charmingly artificial style, which remained untouched by the naturalistic developments happening around him, was characterized by acidic colours and elegant figures in wilfully distorted poses. The best collection of his work, including a self-portrait (1601), is in the Centraal Museum, Utrecht.