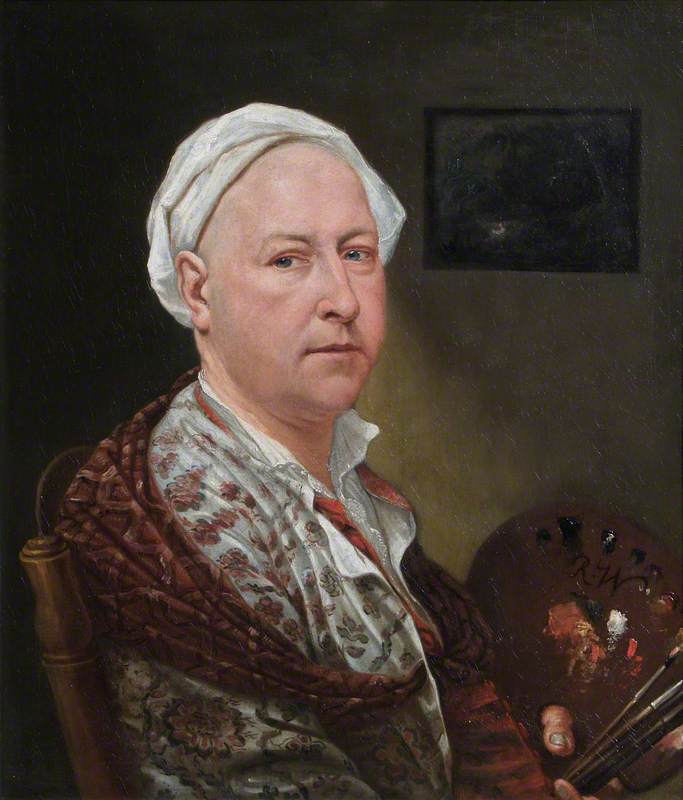 (b Penegoes, nr. Machynlleth, Montgomeryshire [now Powys], ?(1 Aug.) 1713 [or perhaps 1712 or 1714]; d Colomendy Hall, nr. Llanberis, Denbighshire [now Clwyd], 11/12 May 1782). British painter, born in rural north Wales, the son of a well-connected clergyman who encouraged his interest in art as well as giving him a good classical education. Wilson became the leading British landscape painter of his generation, but initially he seems to have worked mainly as a portraitist. He began his training in London in 1729 and was working independently by 1735, but the decisive change in his career did not come until his visit to Italy in 1750–7, when he decided to devote himself exclusively to landscape. He is said to have done this at the urging of Francesco Zuccarelli, whom he met in Venice and whose portrait he painted (1751, Tate, London), but he was more obviously influenced by the painting of Claude and by the natural surroundings of Rome where Claude had worked.

Read more
Back in London Wilson became successful with his Italian landscapes and applied the same classical compositional principles to English and Welsh views, as in his celebrated Snowdon from Llyn Nantlle (c.1765, versions in Walker AG, Liverpool, and Castle Mus., Nottingham). He also painted large historical landscapes more or less in the manner of Dughet or Salvator Rosa (Destruction of the Children of Niobe, 1760, Yale Center for British Art, New Haven, and other versions), and these too sold well (he often repeated successful pictures, referring to a money-making composition as a ‘good breeder’). Wilson, however, had a prickly nature and a problem with drink, and in the early 1770s his career went into a sharp decline. The Royal Academy (of which he had been a founder member in 1768) helped him out by appointing him librarian in 1776 (in succession to Hayman), but in 1781 his family took him (now a pitiable figure) back to Wales. His work is of great importance in the history of British art, for he transformed landscape from an art that was essentially topographical to one that could be a vehicle for ideas and emotions: Ruskin wrote that ‘with Richard Wilson the history of sincere landscape art founded on a meditative love of nature begins in England.’ He had several pupils, notably William Hodges and Thomas Jones, as well as numerous imitators (making connoisseurship of his work difficult), and he was admired by such later artists as Cotman, Crome, Constable, and Turner.