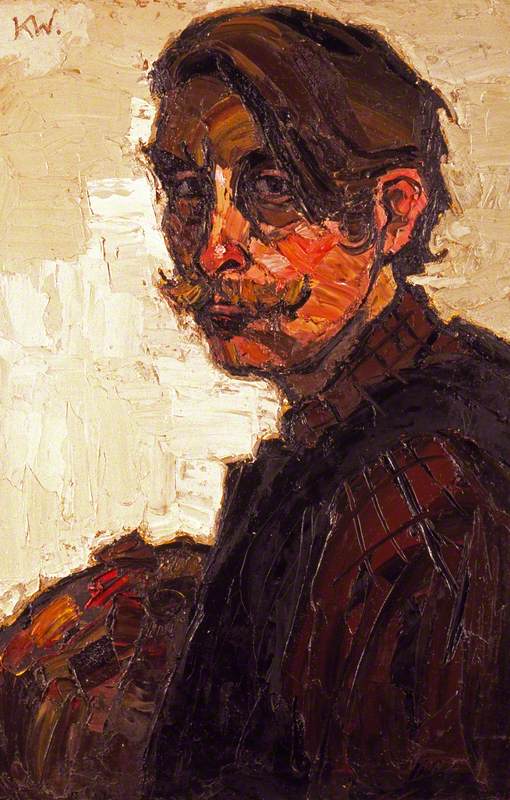 Kyffin Williams enjoyed a career of almost six decades. He was made a Royal Academician in 1974 and was knighted at the age of 80. From 1941–1944, he studied at the Slade School of Art, after being invalided out the army. For almost 30 years he combined a passionate commitment to his practice with his role as senior art master at London’s Highgate School, returning to his birthplace of Anglesey in North Wales in 1974. He exhibited widely.

Read more
Work acquired for public collections testify to success in his early 30s, and this would be replicated in later years when his pictures – particularly of the mountains of Snowdonia, painted in his signature impasto and boldly expressionist style – became widely sought by private collectors. His contribution to the Royal Cambrian Academy, of which he was twice President, was seen as instrumental in securing its future into the twentieth century.