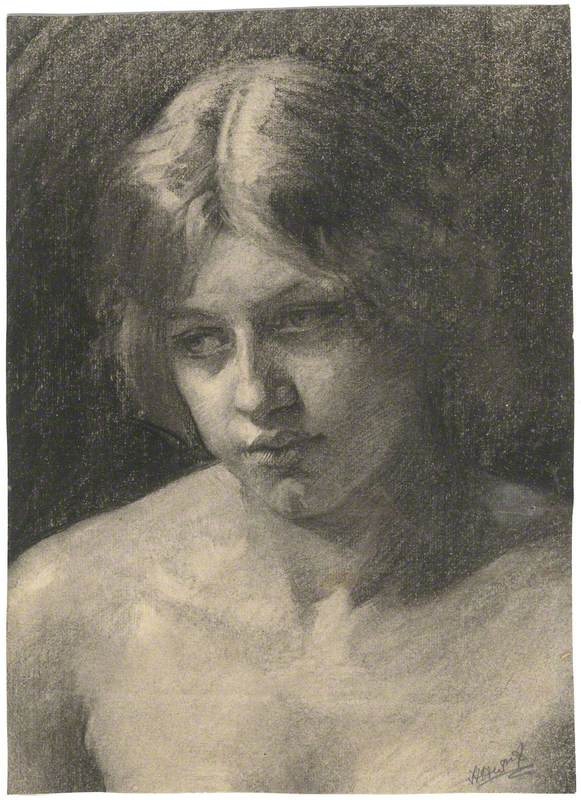 Prolific painter, illuminator and teacher, born at Pentraeth, Anglesey, son of a farmer, whose family moved to Mynydd Mwyn Farm, Llandrygarn, in 1894. Because he concealed a broken hip after falling from a building when aged 11, Hughes Williams was always disabled. After secondary education at Liverpool’s Collegiate School, from 1911–14 Hughes Williams studied at Liverpool City School of Art, won a scholarship to the Royal College of Art and there gained a European travelling scholarship, which the war stopped him taking up. His teachers had included W R Lethaby and W C Penn. Prevented by poor health from war service, Hughes Williams returned to Anglesey, created a studio from a farm granary and began a tough life as a freelance artist, often surviving through commemorative paintings and illuminated addresses.

Read more
In 1938 Hughes Williams was appointed art master at Llangefni Grammar School, the year he became a full member of RCamA, having first shown there in 1918. Also exhibited at RA; in a Welsh exhibition at Hugo Lang Gallery, Liverpool, 1948; at Paris Salon, 1951; in America and elsewhere in the provinces. Had a solo show at Gladwells Fine Art Dealers, 1949, and was given another at National Library of Wales, Aberystwyth, 1993. Died after a fall at Mynydd Mwyn Farm.