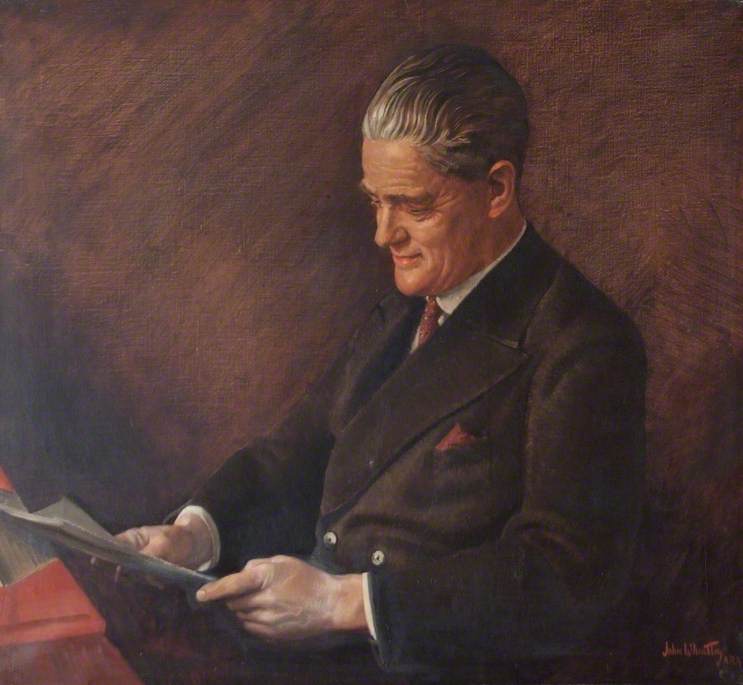 Painter, printmaker, draughtsman and teacher. Born in Abergavenny, Monmouth-shire, Wheatley – who was married to the artist Grace Wheatley – studied under Stanhope Forbes, Walter Sickert and at the Slade School of Fine Art, 1912–13. After service in the Artists’ Rifles and as an Official War Artist, 1918–20, Wheatley taught at the Slade School, 1920–5. He was Michaelis Professor of Fine Art, University of Cape Town, 1925–37, director of the National Gallery of South Africa and, 1938–47, director of the Sheffield City Art Galleries. During World War II he was commissioned to paint war portraits. From 1948–50 Wheatley was curator of the National Gallery of British Sports and Pastimes. Wheatley’s official career rather overshadowed his abilities as a painter and draughtsman.

Read more
His first show was with Muirhead Bone at the Grosvenor Galleries, in 1922, and he also exhibited with the RA, NEAC, Leicester Galleries, Cooling Galleries and RHA. His work is held by the Tate Gallery, National Museum of Wales, Cardiff, and other galleries in Britain and South Africa. Lived in London.