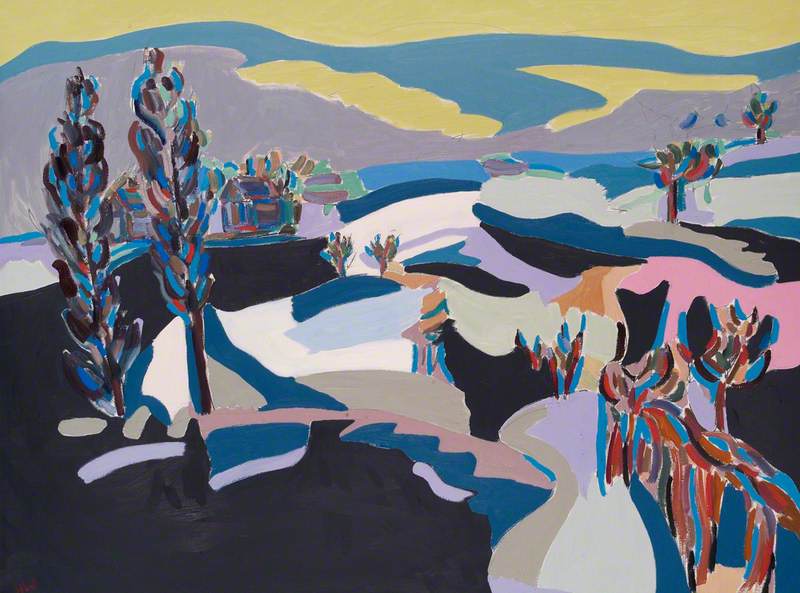 Painter, draughtsman and teacher, born in Berlin, Germany. Left there for England in 1939, settling in London. Studied at Chelsea School of Art under Ceri Richards and privately with Martin Bloch. He was head of painting at Coventry Lanchester Polytechnic until 1983, when he left to paint full-time. He had many solo exhibitions in Britain and Germany including a series with Duncan Campbell Fine Art.

Read more
Weinberger said that his pictures “present a record almost like a diary”. Much of his work was “based on drawings made on journeys. But the subjects I come back to again and again are to do with the sea, seascapes, harbours and ships.” Bold designs and rich colours were characteristics of his pictures. Lived in Leamington Spa, Warwickshire, where the Art Gallery and Museum gave him a retrospective in 2003–4.