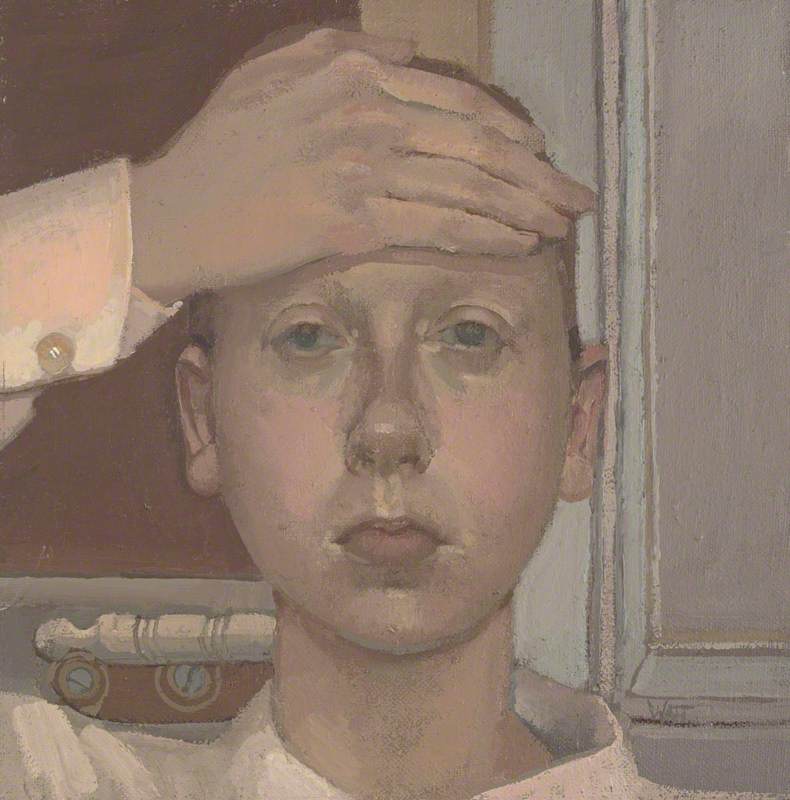 Scottish painter of portraits, figures, and still-life, born in Greenock. She studied at *Glasgow School of Art from 1983 to 1988, and like Stephen *Conroy, who was a year ahead of her there, she had achieved substantial success before she completed her postgraduate studies, winning the John Player Portrait Award in 1987. In 1989 she was commissioned by the National Portrait Gallery, London, to paint a portrait of the Queen Mother. Duncan Macmillan has argued that her success has been due to her alignment with a figurative tradition represented by *Coldstream and *Freud, although she herself has a particular admiration for the French painter Jean-Auguste-Dominique Ingres (1780–1867), whose attention to detail and immaculate surfaces she emulates.

Read more
In 2008 she showed the results of her residency at the National Gallery, London, in an exhibition entitled ‘Phantom’. The paintings were monumental canvases depicting folded cloth, sometimes suggesting a human presence underneath. She was inspired especially by the work of the 17th-century Spanish painter Francisco de Zurbarán, whose draperies she describes as ‘almost like a living mass’. Further Reading Duncan Macmillan, Scottish Art in the 20th Century (1994)