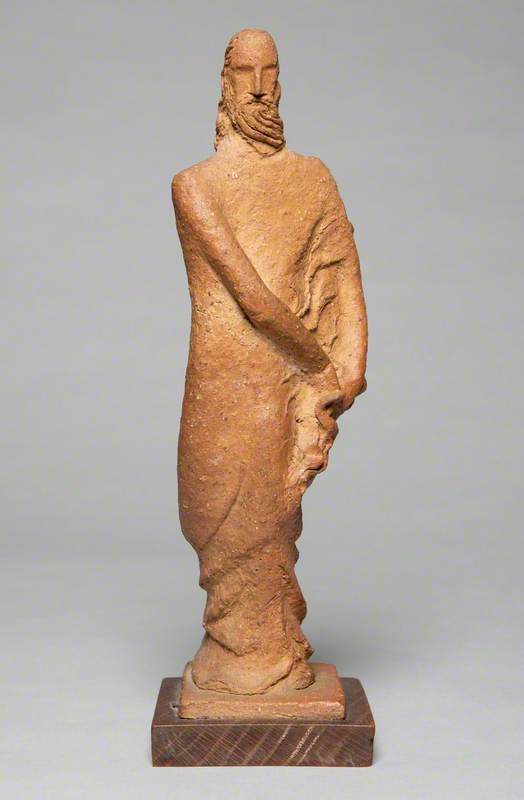 Dorset Natural History and Archaeological Society
Sculptor, born in London, daughter of the painter George Spencer Watson. Early on she moved to Langton Matravers, Dorset, where she continued to live and where she was taught to work stone in the quarries at the foot of the Purbeck Hills. In the late 1920s she began studies that lasted about a decade: at Bournemouth School of Art, Slade School of Fine Art, Royal Academy Schools, Central School of Arts and Crafts and with John Skeaping at London Zoo, then finally in Paris, studying woodcarving with Ossip Zadkine. Exhibited RA, NS, Foyles Gallery, New Art Centre, Fine Art Society, Pelter/Sands, Bristol, Dorset County Museum, 1998, with a retrospective at Salisbury & South Wiltshire Museum in 2004. Commissions include Cheiron Teaching a Young Hero, at Harlow New Town; Musician, at Corfe Castle, Dorset; and an angel in limewood for Guildford Cathedral.