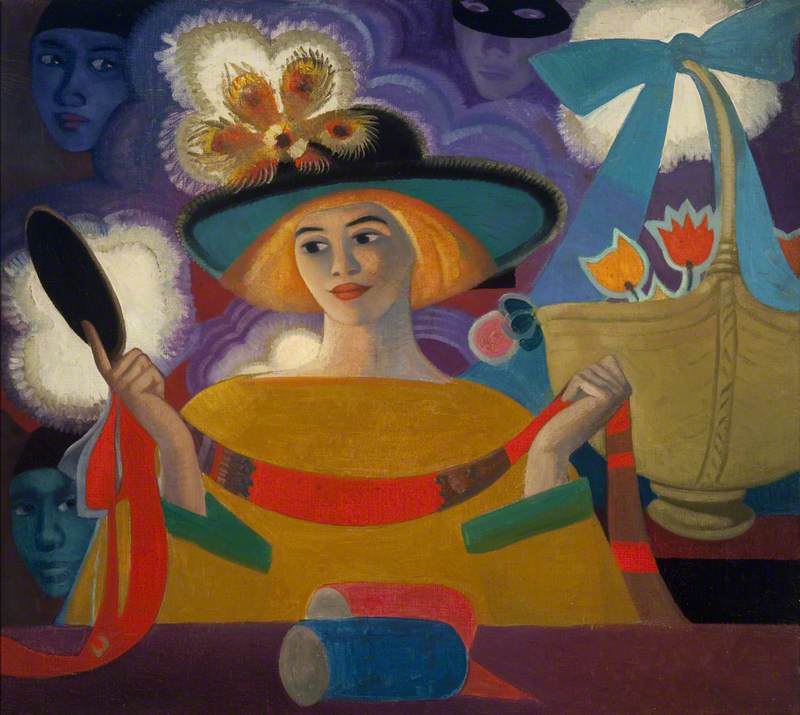 Painter, printmaker and illustrator, born in Glasgow, daughter of the artist E A Taylor. Growing up in London she proved early to be a fine draughtsman and flourished in her father’s artistic environment. She studied in London, Edinburgh, Paris and Florence, her inclination being to follow the romantic path of Rossetti, Whistler and Jessie M King, although resettlement with her father in Edinburgh broke the link of influences such as the Slade School. Married the artist Eric Robertson after a year’s study in Paris from the age of 17, then went to Florence. Back in Scotland she concentrated on watercolour illustrations of fairy tales and portraits. Became a member of the Edinburgh Group. Her career reached its peak in the early 1920s, although her failed marriage with Robertson destroyed her as a painter.

Read more
The remainder of her life included working with Tyrone Guthrie as a décor artist at the Cambridge Festival Theatre; writing a book on the theatre for children; becoming organiser of BBC Children’s Hour in Edinburgh in 1933; travels in North Africa; and settling in Kirkcudbright where she found a studio to paint again, although by then the early magic was gone. Exhibited at RSA, RA, RSW and elsewhere.