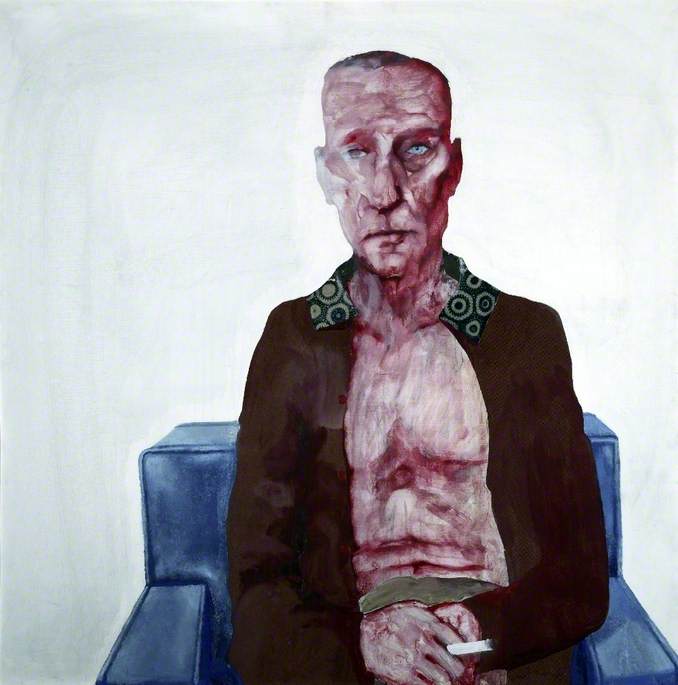 Painter, draughtsman and teacher, born in Enniscorthy, County Wexford, Ireland. He attended Dublin College of Art, 1952–5. Then moved to London, drifting through various jobs for five years, one as a professional guitarist; he also painted, showing at ICA and New Gallery. In 1960 moved to Liverpool, where in 1961 he began to exhibit at Liverpool Academy, being elected a full member in 1966. Walsh did a teacher training course at C F Mott College, 1962–5, while becoming increasingly identified with Pop Artists. He showed widely in north of England and in 1963 his portrait of Francis Bacon appeared at John Moores Exhibition, Liverpool – he was to show a lot there – from which Walker Art Gallery acquired it. In 1968 began teaching full-time at Liverpool College of Art, retiring in 1986, three years after his first serious illness and admission to hospital.

Read more
Walsh was progressively included in key shows of Liverpool painters, as well as having his own exhibitions; he was in the Liverpool Academy’s touring show The Face of Merseyside, in 1976, in 1983 was in the 1st Merseyside Artists Exhibition which toured from Walker Art Gallery, then in 1987 his portrait of Samuel Beckett was shown at National Portrait Gallery. Other portrait subjects included Mick Jagger, J Edgar Hoover and Ivon Hitchens, the painter. A memorial show for Walsh was given at Walker Art Gallery in 1991.