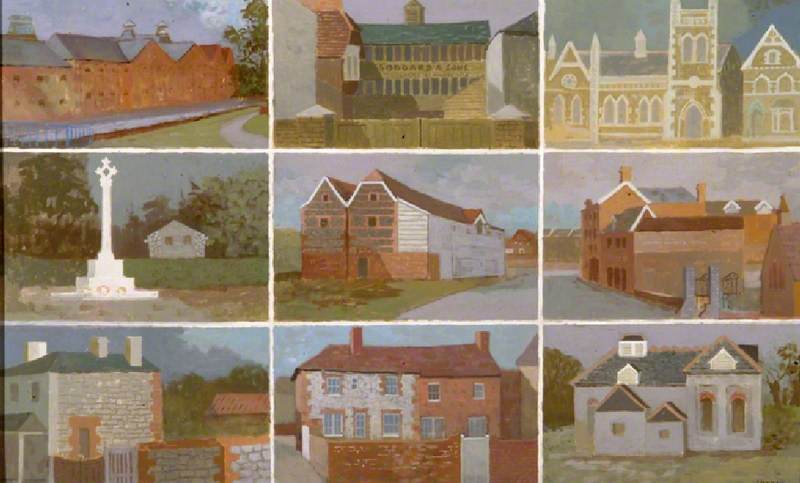 Painter, illustrator and writer, born in London, his father being Ralph Verney who was secretary to the Speaker of the House of Commons. His son inherited the title as Sir John Verney in 1959. He was educated at Eton College, Oxford University and the Architectural Association. Went into film-making and served in the Army during World War II, then on demobilisation devoted his time to painting, writing and illustrating, latterly decorating furniture. Exhibited AIA; Leicester, Redfern and New Grafton Galleries and elsewhere, his pictures often of the amusing, mock-naïve type. Ministry of Works and London County Council bought his work. Verney illustrated a quantity of books, including series by Gillian Avery and Anthony Buckeridge, and wrote his own, including the entertaining Going to the Wars, 1955.

Read more
He wrote two semi-autobiographical books, Every Advantage, 1961, and Fine Day for a Picnic, 1968, as well as a further volume of memoirs, A Dinner of Herbs, 1966. His amusing diary, The Dodo-Pad, appeared for some years. Lived originally in Farnham, Surrey, where he founded the Farnham Trust, to preserve buildings, latterly living in Clare, Suffolk. There was a memorial show at Gainsborough’s House, Sudbury, 1994–5.