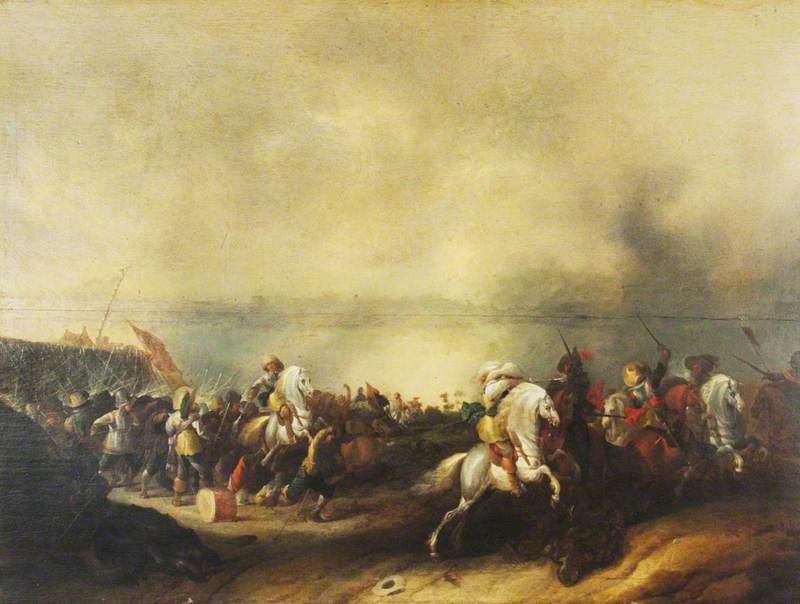 (b ?Utrecht, 1594/5; d Utrecht, 12 Aug. 1667). Dutch painter, mainly of landscapes. He studied in Utrecht with Bloemaert and from about 1617 to 1626 was in Rome, becoming one of the leading members of the first generation of Dutch painters of Italianate landscapes. His paintings are typically small scale (he often worked on copper) with biblical or mythological figures set in Arcadian landscapes, sometimes scattered with antique remains. They are strongly influenced by Elsheimer, but cooler in colour than the German artist's work and without his sense of mystery. After returning to Utrecht Poelenburgh enjoyed a career of great success. He was Rubens's guide when he visited the city in 1627, was popular in aristocratic and even royal circles (he visited England in 1637 at the invitation of Charles I), and was imitated until the early 18th century.

Read more
There are examples of his work (and of the work of imitators) in the Fitzwilliam Museum, Cambridge, including his portrait of Jan Both, in whose landscapes he sometimes painted the figures (an example of their collaboration is in the NG, London).