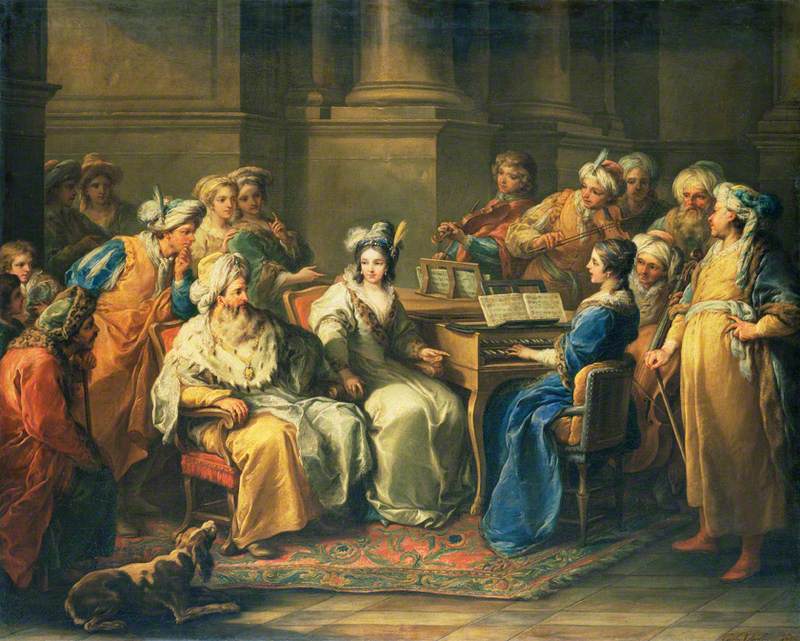 The Grand Turk Giving a Concert to his Mistress 1737

The Wallace Collection
(b Nice, 15 Feb. 1705; d Paris, 15 July 1765). French painter of Flemish descent, the most illustrious member of a family of artists. He won the Prix de Rome in 1724 (he was in Italy 1727–34) and enjoyed a career of unbroken success, ending his life as first painter to the king (1762) and director of the Académie Royale (1763). Industrious and versatile, he was primarily a history painter but also produced works in several other genres, including portraits, landscapes, and hunting scenes. His eclectic style was fluent but rather bland. Some of his contemporaries considered him the greatest painter in Europe, but after his death his work soon went out of favour, seeming flimsy and superficial to Neoclassical taste, and his reputation did not seriously revive until the later 20th century.