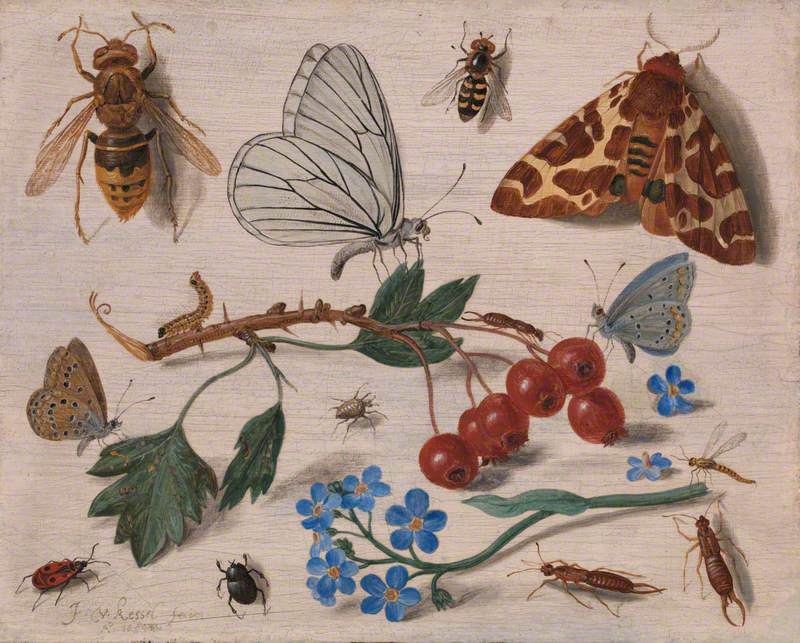 Butterflies, Moths and Insects with Sprays of Common Hawthorn and Forget-Me-Not 1654

The National Gallery, London
(bapt. Antwerp, 5 Apr. 1626; d Antwerp, 18 Oct. 1679). Flemish still-life and flower painter active in Antwerp, where he became a member of the painters' guild in 1645. He continued the traditions of his grandfather, Jan ‘Velvet’ Brueghel, and was also influenced by Daniel Seghers. Van Kessel painted garlands and bouquets of flowers, but is best known for small, jewel-like pictures, often on copper, of insects or shells against a light background, depicted with vivid colour and great exactitude of detail. Good examples of his large output are in Oxford (Ashmolean Mus.), Cambridge (Fitzwilliam Mus.), and Madrid (Prado).