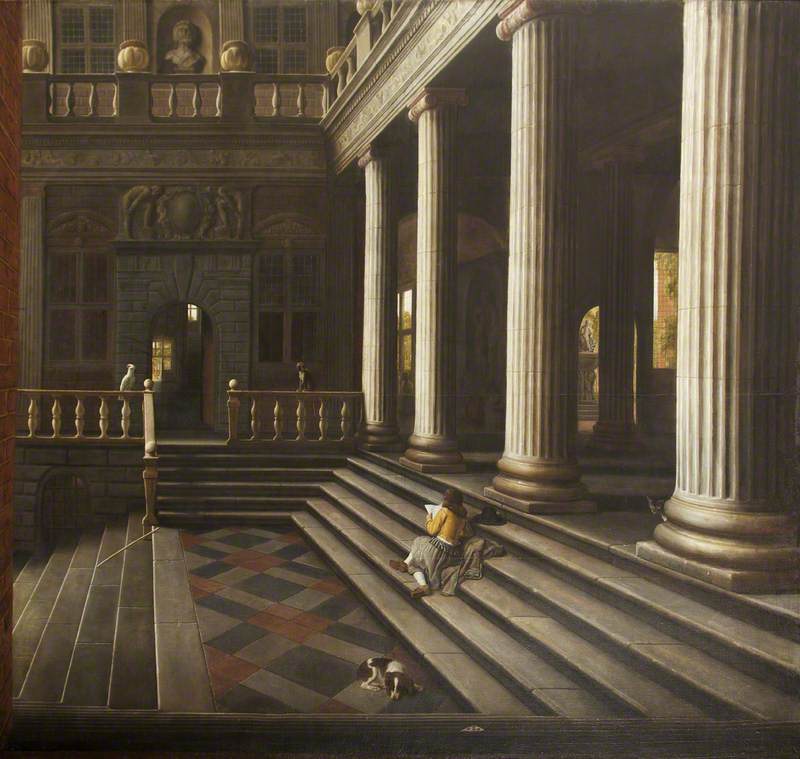 National Trust, Dyrham Park
(b Dordrecht, 2 Aug. 1627; d Dordrecht, 19 Oct. 1678). Dutch painter, printmaker, and writer on art. He painted genre scenes in the style of de Hooch and Metsu, and portraits, but he is best known as a specialist in perspective effects, notably in his peep-show boxes, which show a painted toy world viewed through a small opening. Only in his early works can it be detected that he was a pupil of Rembrandt. Hoogstraten visited London, Rome, and Vienna, worked in Amsterdam and The Hague as well as his native Dordrecht, and was a man of many parts. He was an etcher, poet, director of the mint at Dordrecht, and art theorist. His Inleyding tot de hooge schoole der schilderkonst (Introduction to the Art of Painting, 1678) contains one of the rare contemporary appraisals of Rembrandt's work.