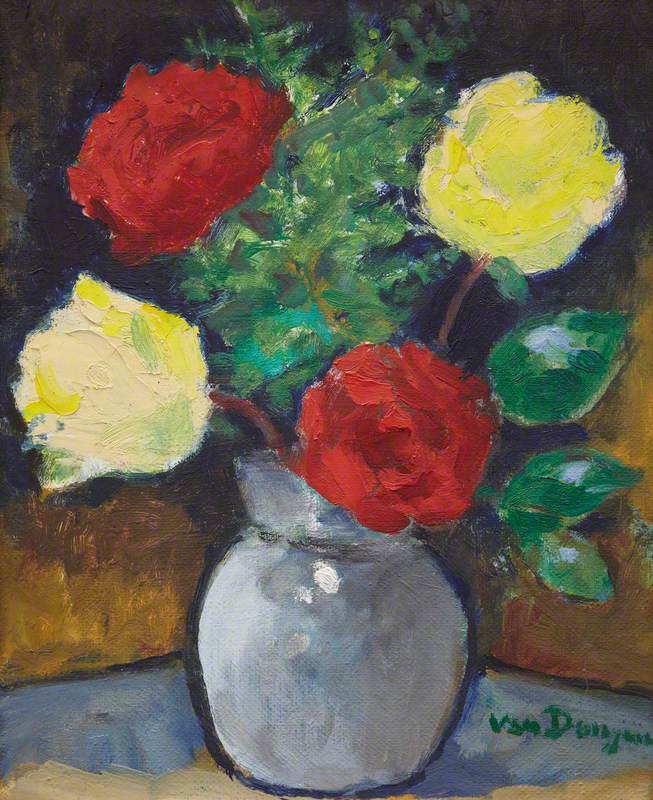 (b Delfshaven [now a borough of Rotterdam], 26 Jan. 1877; d Monte Carlo, 28 May 1968). Dutch-born painter and printmaker who settled in Paris in 1897 and took French nationality in 1929. His early work was Impressionist, but he became a member of the Fauves in 1906 and in 1908 exhibited with the German Expressionist group Die Brücke. He had a reputation as a ladies' man, and his work (mainly nudes and female portraits) was often erotic in spirit: in 1913 one of his pictures was removed from the Salon d'Automne by the police on the grounds of alleged indecency. After the First World War he became internationally famous for his paintings of fashionable life, particularly portraits of insolently glamorous women in which he created a type that has been described as ‘half drawing-room prostitute, half sidewalk princess’.

Read more
He kept the brilliant colouring and bold handling of his Fauve days, but his great facility led to repetition and banality and it is generally agreed that his best work was done before 1920. From 1959 he lived in Monaco.