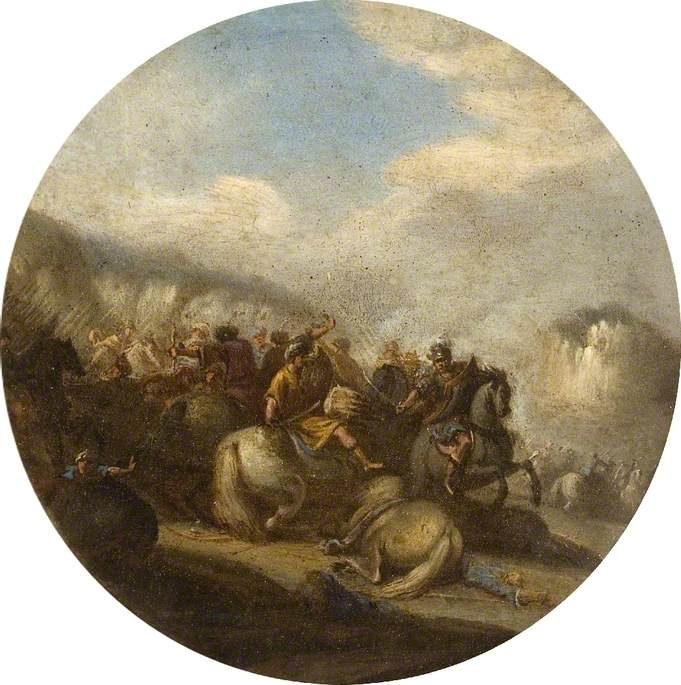 Watford Museum
(bapt. Brussels, 11 Jan. 1632; d Paris, 15 Oct. 1690). Flemish painter and tapestry designer, active mainly in France. He moved to Paris in 1664, became an assistant to Le Brun, and was made one of Louis XIV's court painters, specializing in military scenes. He accompanied the king on his campaigns, and his paintings and designs for Gobelins tapestries are accurate historical documents of the battles they represent. His work of this type is well represented at Versailles. He also made much less grandiose pictures of such subjects as hunting parties and landscapes.