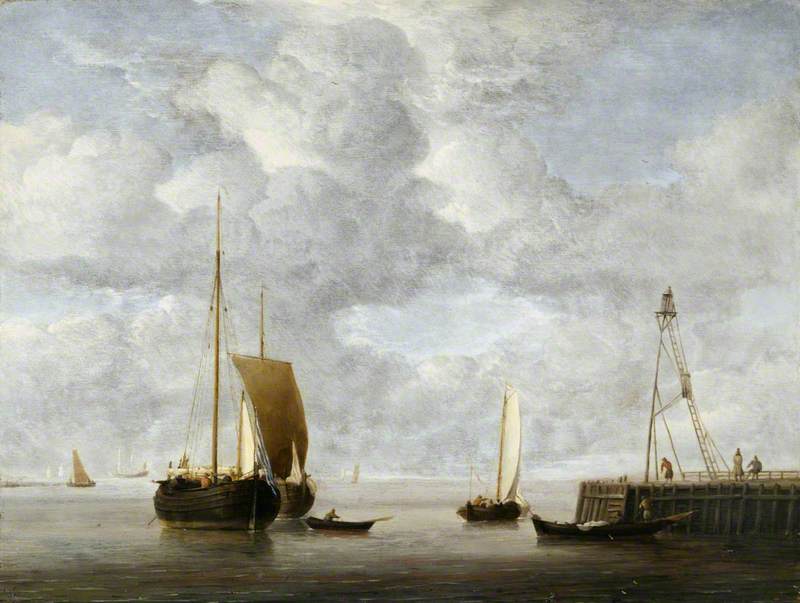 English Heritage, Kenwood
The artist was the younger son of Willem van de Velde the elder. Born in Leiden, he studied under Simon de Vlieger in Weesp and in 1652 moved back to Amsterdam. He worked in his father's studio and developed the skill of carefully drawing ships in tranquil settings. He changed his subject matter, however, when he came with his father to England in 1672–1673, by a greater concentration on royal yachts, men-of-war and storm scenes. From this time painting sea battles for Charles II and his brother (and Lord High Admiral) James, Duke of York, and other patrons, became a priority. Unlike his father's works, however, they were not usually eyewitness accounts. After his father's death in 1693, his continuing role as an official marine painter obliged him to be more frequently present at significant maritime events.