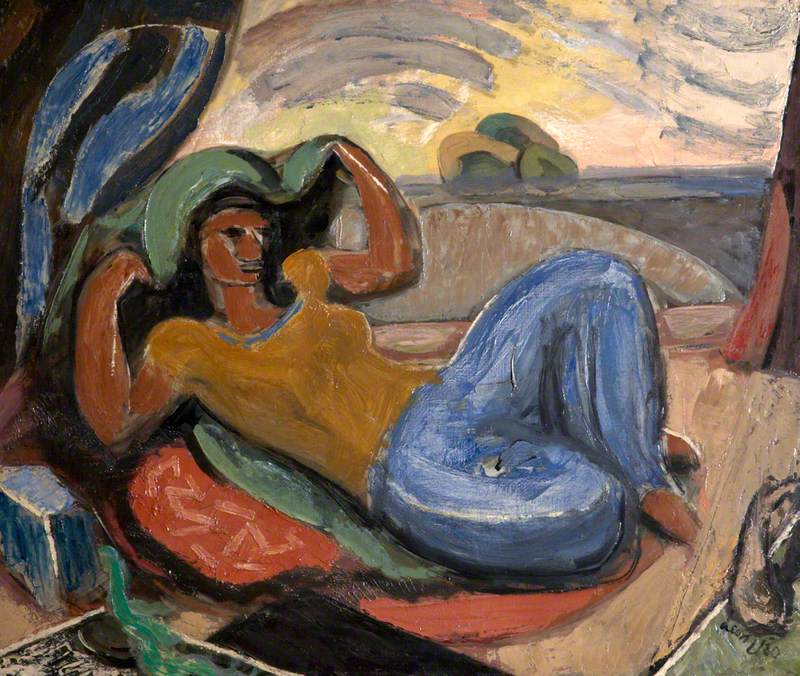 (b London, 25 Dec. 1890; d London, 9 Oct. 1975). British sculptor, painter, printmaker, teacher, and writer. A versatile and original figure, Underwood was out of sympathy with the main trends of modernism, describing abstraction as ‘artfully making emptiness less conspicuous’. Nevertheless, from the 1960s critics began to speak of him as the ‘father of modern sculpture in Britain’, in view of the streamlined, stylized forms of his stone carvings and bronzes in the 1920s and 1930s and the influence of his teaching. He taught at the Royal College of Art (where Henry Moore was among his pupils) from 1920 to 1923, resigning after an argument with William Rothenstein, and at his own Brook Green School in Hammersmith, London, which he opened in 1921 and ran intermittently until 1938.

Read more
Underwood travelled widely and wrote several books, notably on African art. He illustrated his books (and a few by other authors) with etchings and woodcuts. His painting, which was sometimes influenced by primitive art, was generally less interesting than his sculpture.