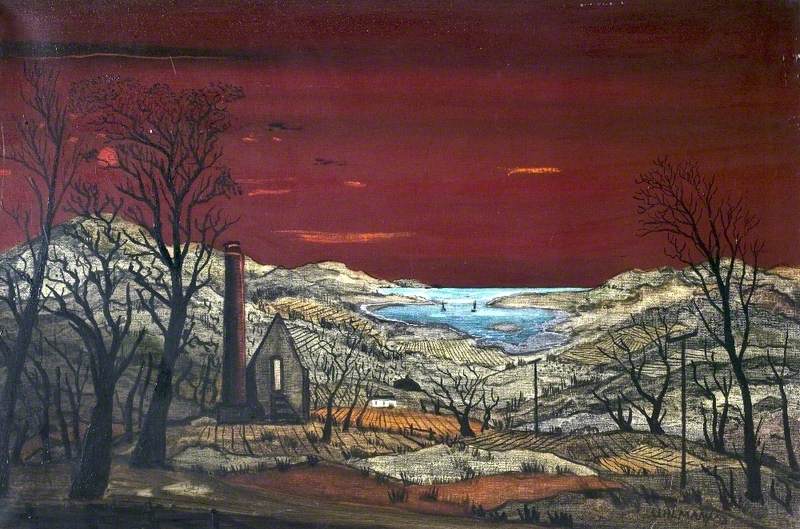 Painter in oil of landscape, townscapes and still life with a slightly quirky, naïve appearance and employing a distinctive palette. Uhlman was born in Stuttgart, Germany, became a doctor of law and practised as a barrister 1927–33. He left Germany for Paris in 1933 and in 1934 began painting there as a self-taught artist. In 1936 he moved to London, where married, and where he soon established his reputation as a painter. Although he lived in London, he spent summers in the Croesor Valley, Gwynedd, Wales. Uhlman had his first one-man show in 1935 at the Galerie Le Niveau, Paris; his first solo show in London was at the Zwemmer Gallery, in 1938. From then on Uhlman showed regularly, one-man exhibitions and mixed shows throughout Britain. A retrospective was held at Leighton House, London, in 1968.

Read more
He wrote several books, including his 1960 autobiography The Making of an Englishman. His work is in many important public collections, including the Fitzwilliam Museum, Cambridge, and Victoria & Albert Museum.