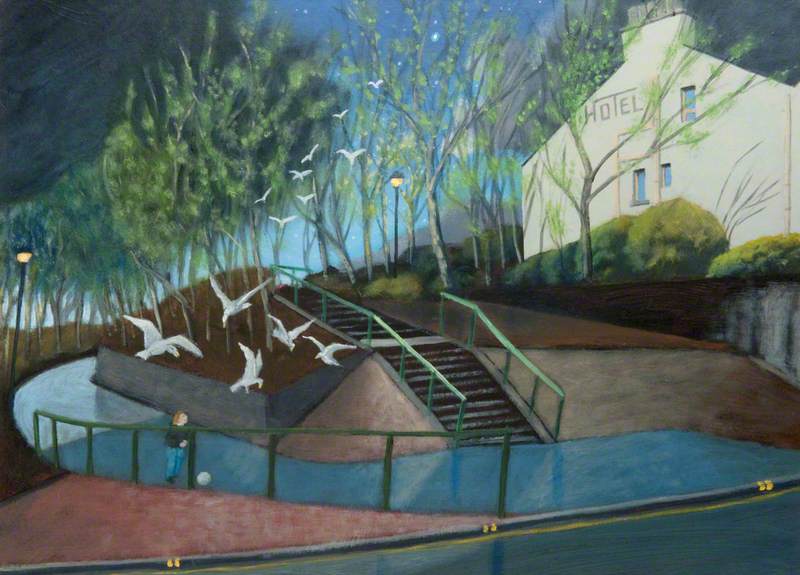 University of Strathclyde
Painter and graphic designer who lived in Glasgow since childhood. He was mostly self-taught, but studied graphic design at Glasgow College of Building and Printing for two years. Was a producer of simple, direct images of strong and immediate appeal. He took part in many mixed exhibitions, including Glasgow League of Artists, SSA, Glasgow Group and abroad. One-man shows included Compass Gallery, Glasgow; and he appeared in The Compass Contribution at Tramway, Glasgow, in 1990. Other solo exhibitions were at Arts Guild, Greenock, and Open Circle, Glasgow, both in 1987.