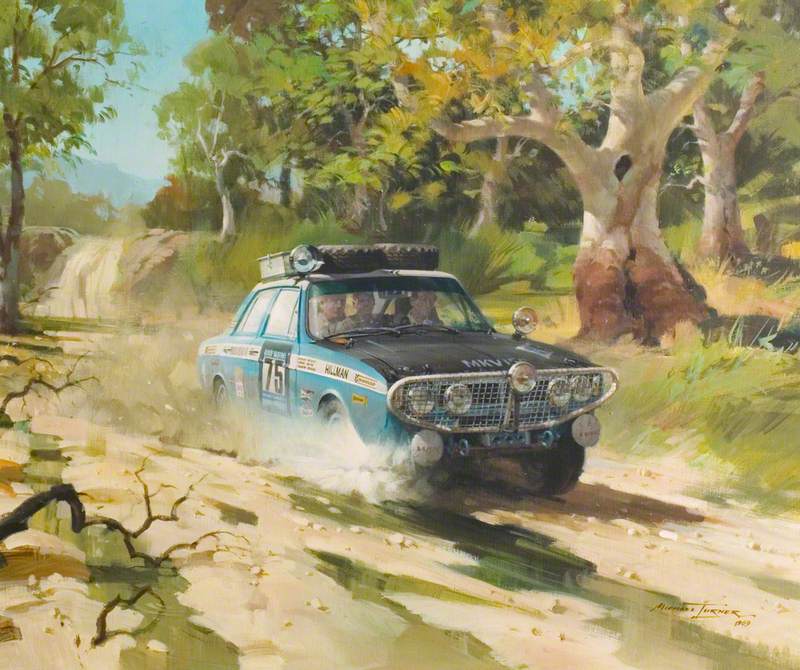 Artist in gouache, acrylic and oil, born in Harrow, Middlesex, as Geoffrey Michael Turner, who specialised in aviation and motor sport, plus military, marine and transport subjects. After a year at Heatherley’s School of Fine Art, 1951–2, under Gilmore Roberts in the commercial art department, Turner did his National Service in the Royal Electrical & Mechanical Engineers, then worked in a commercial art studio in London for three years before turning freelance in 1957. His son Graham was also an artist. Turner was a founder-member, twice chairman and then president of the Guild of Aviation Artists, an honorary fellow of the Guild of Motoring Artists and a member of the Guild of Motoring Writers. He flew in a wide variety of military aircraft, held a private pilot’s licence and owned a DHC-I Chipmunk, restored in Royal Air Force colours.