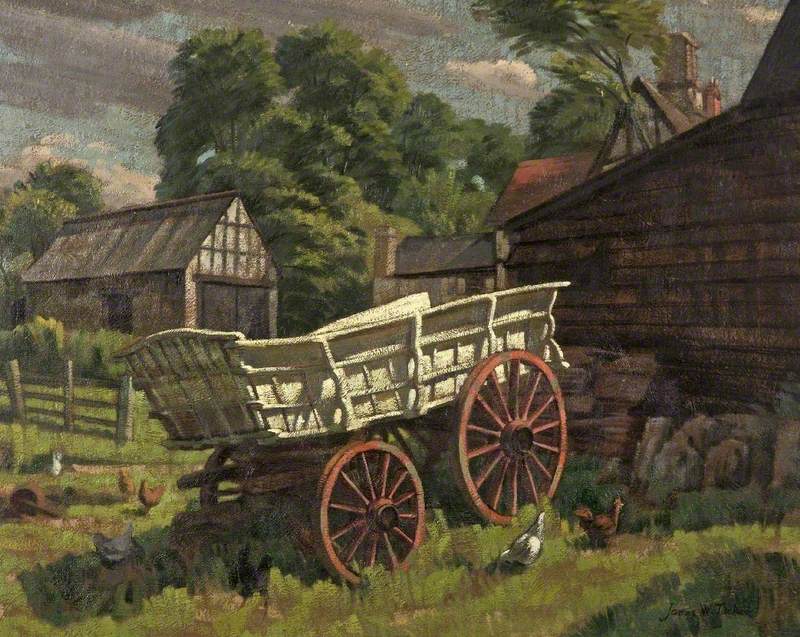 The Wilson
Painter and teacher, born in Wallsend, Northumberland. He studied at King Edward VII School of Art, Armstrong College, Newcastle, 1914–22, with Richard Hatton, then at Royal College of Art, 1922–7, under William Rothenstein, for the latter two years acting as his studio assistant. Tucker won a travelling scholarship in his final year. He went on to become head of drawing and painting at Gloucester College of Art, 1931–63. Showed widely, including RA – where his painting The Champion was Picture of the Year in 1941 – RWA and widely in the Midlands. Had a series of solo shows in that area. Chelsea Arts Club member. Lived at Upton St Leonards, Gloucestershire.