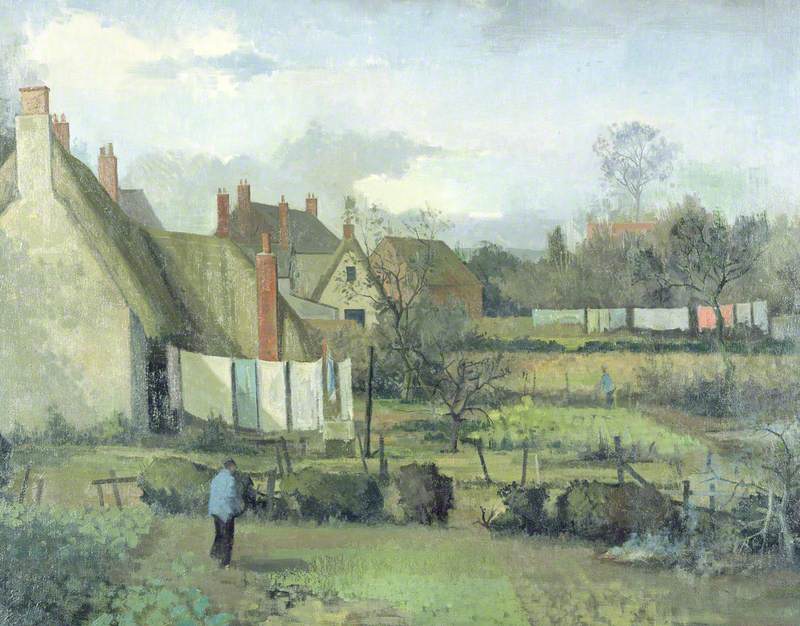 Painter and teacher, born in London, son of the historian and social philosopher Arnold Toynbee and brother of the writer Philip Toynbee. Lawrence’s mother was Rosalind Murray, eldest daughter of Gilbert Murray, the classical scholar and poet. Toynbee’s portrait of him is held by the National Portrait Gallery. In 1945, Toynbee married Jean Asquith, whose father was Arthur, third son of Herbert Asquith, the former Liberal prime minister. He attended Ampleforth College and Oxford University and studied at Ruskin School of Drawing, Oxford, 1945–7, teachers including Randolph Schwabe, Albert Rutherston, Percy Horton, Rodrigo Moynihan and Kenneth Rowntree. Among his teaching appointments were Ruskin, Oxford School of Art and Morley College, where the Gallery under his direction was notable for its exhibitions.

Read more
Toynbee was a member of Marylebone Cricket Club and was especially fond of painting sportsmen in action. Had a series of solo shows at Leicester Galleries, Mayor Gallery, Agnew and Fine Art Society. National Portrait Gallery, several provincial galleries and Marylebone Cricket Club hold examples. Lived latterly at Ganthorpe, Terrington, Yorkshire. In retirement, Toynbee taught for a few years at Bradford College of Art and, having always been a fine all-round sportsman, continued to play cricket, until a bad back made it difficult for him to bowl, his strongest feature. He appeared for I Zingari, the Yorkshire Gentlemen and the Duke of Norfolk’s XI. Only a series of strokes stopped him painting more sporting pictures and the countryside around Castle Howard, with which there was a family connection through his mother.