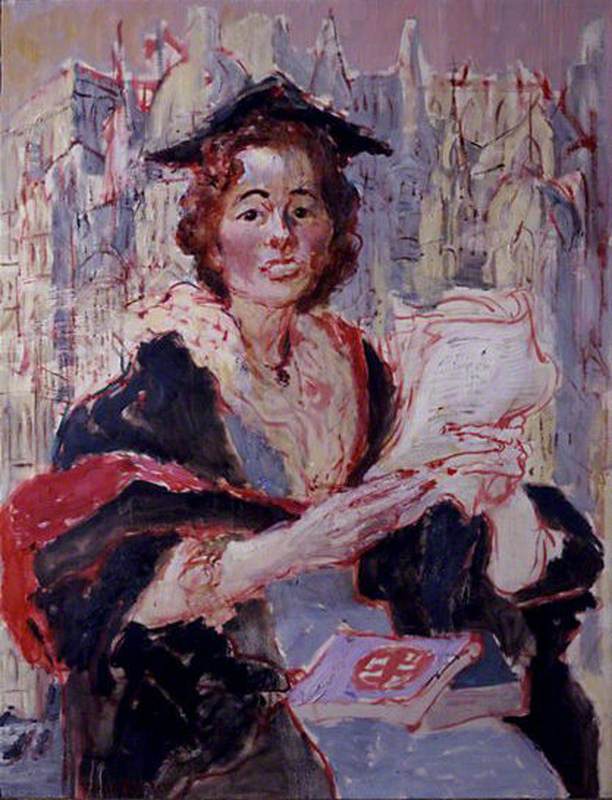 © the trustees of the estate of Feliks Topolski. Photo credit: National Trust Images

National Trust, Wightwick Manor
(b Warsaw, 14 Aug. 1907; d London, 24 Aug. 1989). Polish-born painter and draughtsman who settled in England in 1935 and became a British subject in 1947. A versatile and prolific artist, he is perhaps best known for his large murals, notably the Coronation of Elizabeth II (30 × 1.2 m (100 × 4 ft) in Buckingham Palace (1958–60). He was an Official War Artist 1940–5, and his other work includes portraits and book illustrations. His style is characterized by the use of vigorous swirling line.