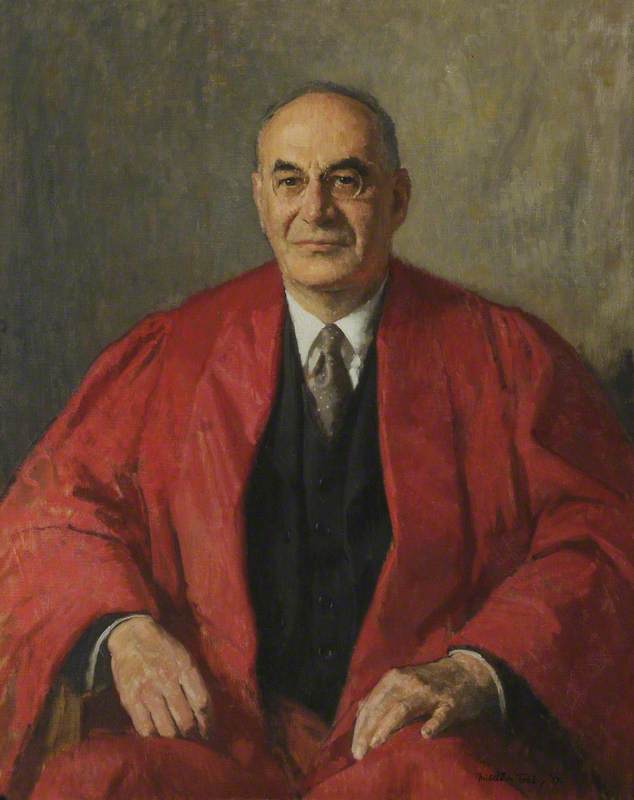 Painter and draughtsman, mainly of figures and portraits, and teacher. Born at Helston, Cornwall, son of the painter Ralph Todd, from 1907 he studied with Stanhope Forbes at Newlyn. After serving in the Army during World War I and first showing at the RA in 1918, from 1920–1 studied under Henry Tonks at the Slade School of Fine Art, for two years after that studying and working on the continent. From 1936–9 Todd was head of drawing and painting at Leicester School of Art, in 1939 becoming master of the life class at Regent Street Polytechnic School of Art, from 1946–9 tutor at the Royal Academy Schools and from 1950–6 at the City and Guilds School. Was elected RA in 1945. Todd was an artist of great perception, described by Robert Buhler as “by far the most sensitive and accomplished painter of his generation … modest and unambitious”.