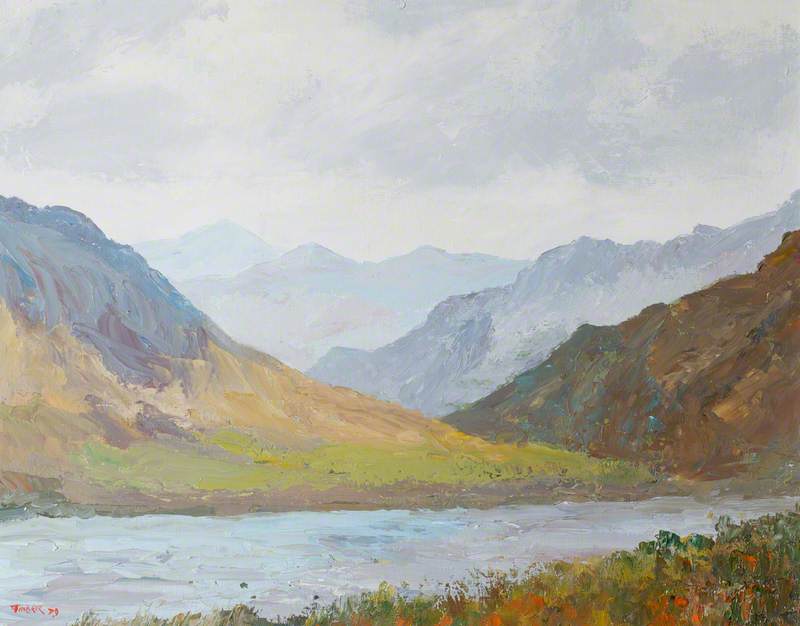 Painter of pictures and murals, designer, draughtsman, sculptor and teacher, born in London. He was brought up in Kent and Hampshire and attended Winchester and Bath Schools of Art, 1941–2, then after several years’ service in the Royal Naval Volunteer Reserve went to Slade School of Fine Art, 1946–9. He then began lecturing at Cardiff College of Art, later teaching and holding administrative posts at University College of Wales in Aberystwyth, retiring in 1988 as director of the department of visual art. In 1959 he won a WAC travel bursary to study stage design in several continental European countries and a year later was a WAC prizewinner. Participated in many group shows mainly in Wales, including the Bath Society of Artists; LG; Wales and the Modern Movements at University College of Wales, Aberystwyth in 1973; 56 Group of which he was a founder member; SEA, SWG and Royal National Eisteddfod.

Read more
His one-man shows included Howard Roberts Gallery in Cardiff and Dillwyn Gallery, Swansea. Commissions included University College of Wales, Aberystwyth, acrylic mural and metal sculpture, and he completed set designs for Welsh National Opera Company. CASW and National Museum of Wales, Cardiff, where he died, hold examples of his work. which was included in The 1960’s at England & Co, 1993. The Peter Scott Gallery, University of Lancaster, gave Tinker a show in 2003.

David Tinker's obituary on The Guardian