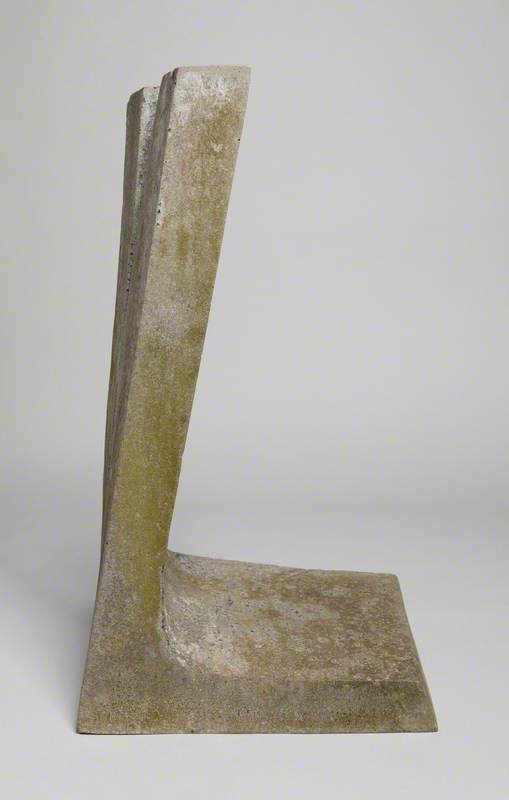 Sculptor in bronze, sterling silver, resin fibreglass and slate, and teacher, born in Salisbury, Wiltshire. He studied at West of England College of Art, Bristol, under Paul Feiler, then sculpture at Exeter College of Art & Design. He held various teaching posts, notably head of art at Hele’s Grammar School, Exeter, 1960–71, then head of art and later head of school of art and design at Exeter College, Exeter, 1971–91. Thursby was a member of RWA, president 1995-00, and a fellow of RBS. Rodin, César Baldaccini, Jean Ipousteguy, Brancusi, Richier, Gabo, Viera da Silva and Tapiés were cited as influences. Thursby said that “both my large and small sculptures embody a sense of architectonic power … The image is invariably vertical … Apart from the early 1960s and 1970s, my two-and three-dimensional work has been distinctly abstract.