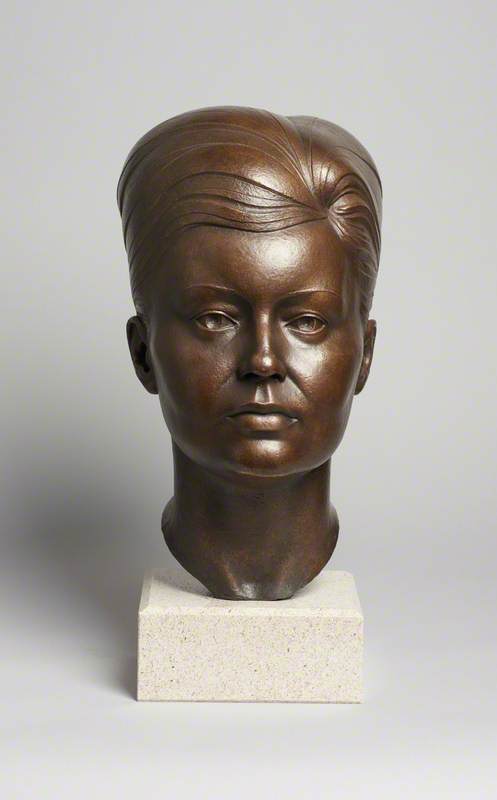 Sculptor in bronze and stone, and teacher, born in Treorchy, Glamorgan, married to the textile designer Mary Gardiner. Thomas studied sculpture at Cardiff College of Art, 1947–9, having spent the war in the mines; then studied with Frank Dobson at Royal College of Art, 1949–52. Thomas taught part-time at Ealing Technical College, 1953–71, as did his wife, then returned to Wales. Mostly he was known for his portraits, often larger than life-size, but he also produced images depicting family life. Among his subjects were Aneurin Bevan the politician, Sir Geraint Evans the singer and Lord Gordon Parry. His work can be seen in Birmingham city centre, Blackburn town centre and in London and Cardiff; his last major statue was of engineer Isambard Kingdom Brunel, unveiled at the former Great Western Railway terminus in Neyland shortly after Thomas’s death.

Read more
He won the Sir Otto Beit Medal of the RBS in 1963 and its silver medal three years later. He was president of SPS, 1972–7, and was RBS vice-president, 1979–84. Thomas showed frequently in London and his work was included in several outdoor exhibitions. In 1991 he shared a show, Thomas Twice, with his son, the painter Ceri Thomas, at Rhondda Heritage Park, Trehafod. BBC1 Wales made a television documentary, Shapes in Clay, about Thomas’s life and work in 1999. A selection of his work and that of his contemporary Ernest Zobole was shown at the University of Glamorgan, Pontypridd, in 2002, with in the accompanying publication Branching Out appreciations by Robert’s son Ceri. Lived in Barry, Glamorgan. He died in Cardiff.