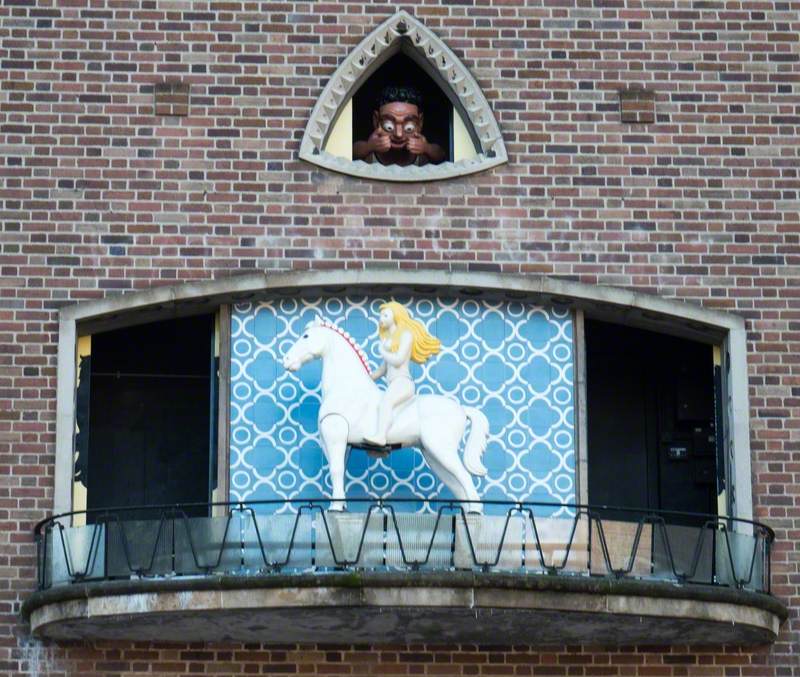 Sculptor and teacher, born Dudley Trevor Tennant in London the son of the painter C Dudley Tennant. He studied at Goldsmiths’ College School of Art and the Royal Academy Schools. He taught at several art schools and Dulwich College, including Hammersmith School of Art, 1946–53. Showed RA, NEAC, LG, IS and elsewhere and had solo shows at Beaux Arts, French, Leicester and Leger Galleries. Contemporary Art Society, Leicester and Stoke-on-Trent public galleries hold his work. He did a large amount of public sculpture, including Durham University library extension, Hatfield Technical College and Welwyn and Hatfield Hospital. He carved and cast for Henry Moore. Examples of Tennant’s highly stylised sculptures, which often featured mothers and children, are in Arthur T Broadbent’s Sculpture Today in Great Britain 1940–1943, and Eric Newton’s British Sculpture 1944–1946.

Read more
Dudley Trevor Tennant, who lived a bohemian life with his artist wife Dorothy Annan, much of it in London and including a period in a single-decker bus, died in Thornham, Norfolk.