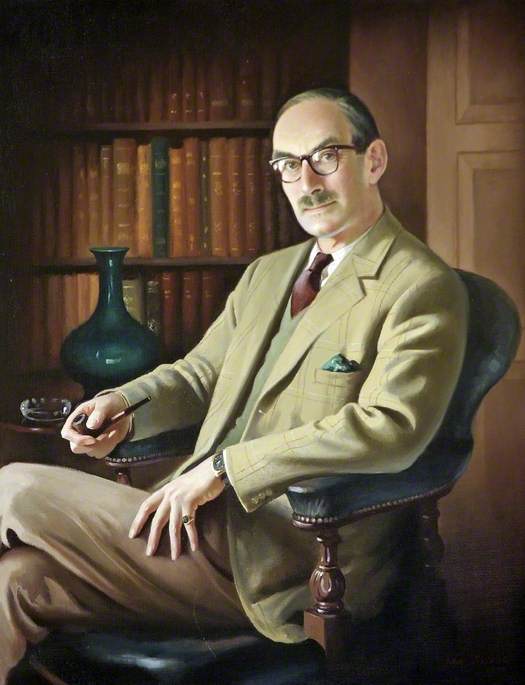 Portrait painter, born in Shanghai, China, who attended Winchester College as a fourth-generation Wykehamist. He won the Vere Herbert History Prize before going up to study history and then English at Trinity College, Oxford. Teesdale was posted to Peking in the British Consular Service and at the outbreak of World War II joined the East Kent Regiment, fighting in Africa and Italy, rising to the rank of major. The classical portraits by his ancestor Hugh Robinson at Whitminster House, in Gloucestershire, were a boyhood inspiration. When he inherited the house in 1952, with his wife he devoted much time to the maintenance of it and its fine gardens. Teesdale studied at the Slade School of Fine Art in 1946–7 under Allan Gwynne-Jones and Rodrigo Moynihan.

Read more
He was able to rely on a string of commissions for his portraits, which had the dash of John Singer Sargent’s facility. Only once, in 1993, did he allow a retrospective, to support the Sue Ryder Foundation charity. It included pastels of Queen Elizabeth and the Duke of Edinburgh, whom Teesdale had been commissioned to paint in 1980. Illness latterly curbed his ability to work.