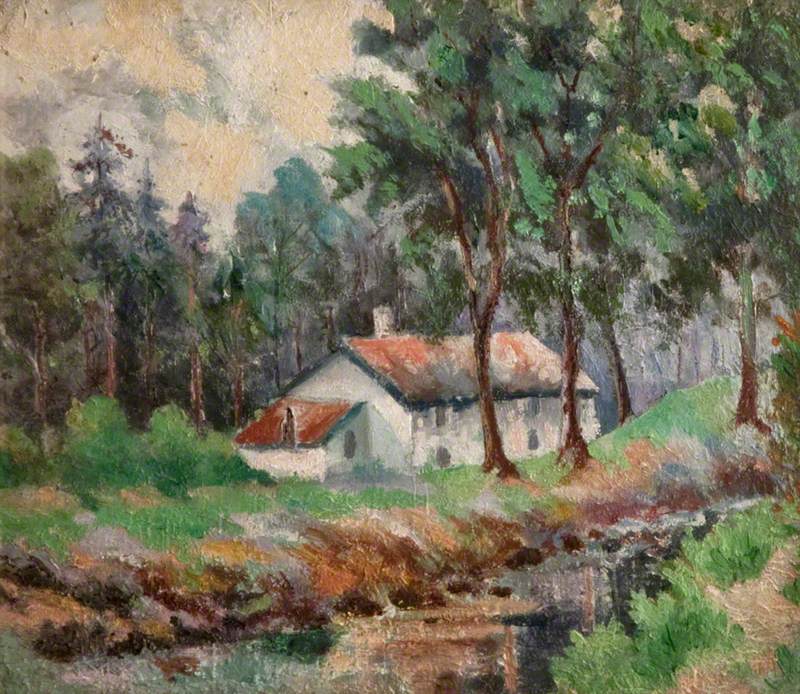 Painter, born in Dublin, Ireland, educated there and in France and Germany. About 1900, having had private lessons in art, she entered the studio of May Manning, attending the Metropolitan School of Art in the evenings. In 1905 began long exhibiting career at RHA, then went to Paris, where her studies included L’Académie de la Grande Chaumière and Atelier Colarossi. Had her first solo show in 1913–14 at Mill’s Hall, Dublin, in 1914 first exhibiting at Salon des Indépendants, in Paris. In 1920 she became a committee member. During the 1920s Swanzy travelled widely abroad, including Pacific islands, and showed extensively. Around 1926 she settled in Blackheath, southeast London. After her house was bombed during World War II she had three years in Dublin.

Read more
Her painting The Message was presented to Municipal Gallery, Dublin, in 1945, and it was to give her a retrospective in 1968. She had a solo exhibition at Dawson Gallery in Dublin in 1974. After her death in London there was a retrospective at Dublin’s Taylor Gallery in 1982, Pym’s Gallery in London having important exhibitions in 1986 and 1998.