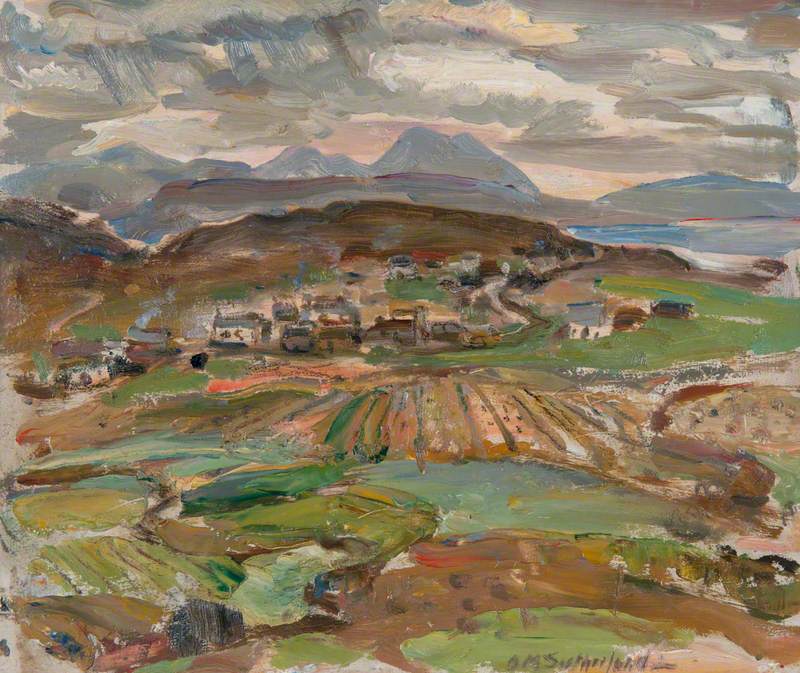 East Dunbartonshire Council
Painter and teacher, born in Wick, Caithness, he married the artist Dorothy Johnstone. He studied at Royal Institution, Edinburgh, 1906, then in Royal Scottish Academy life class, 1906–9, under Charles Mackie, a notable influence. He was the first recipient of Carnegie Travelling Scholarship which enabled him to paint in Paris and Spain in 1911, and he continued to paint in France, at Concarneau, with much success in the early 1920s. Sutherland was appointed head of Gray’s Art School, Aberdeen, in 1936, the year he was elected RSA, retiring in 1948. Sutherland lived at Cults, Aberdeenshire, but died at Plockton, Ross-shire, which had long been a favourite painting haunt. In 1973 Aberdeen Art Gallery held a memorial show and in 1987 Bourne Fine Art, Edinburgh and London, held a joint Sutherland and Johnstone exhibition.