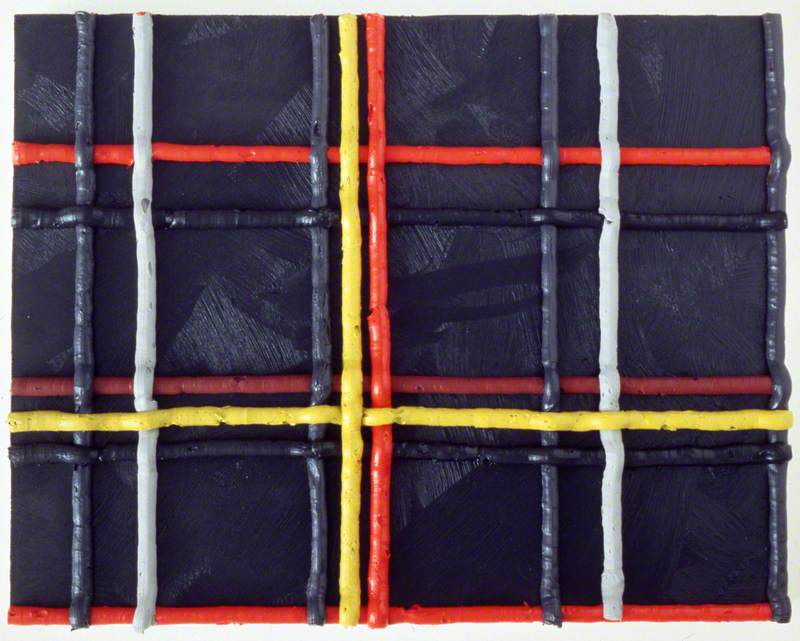 Painter of vibrant abstract/Pop pictures, born in West Sussex. Food imagery was a feature of his early 1990s works, when he achieved recognition for a series of paintings that sculpturally imitated, in paint, overly decorated wedding cakes. His solo exhibition at Entwistle in 2002 extended his interest in layering, depth and opticality, references to the process of abstraction, consumerism, decoration and humour mixing the serious and the sensual.