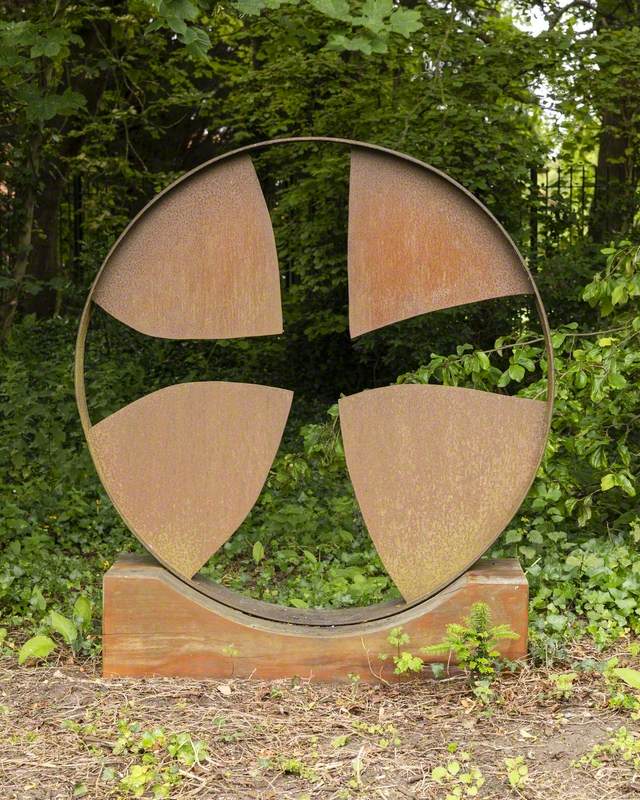 Artist, who did a foundation course at Byam Shaw School of Painting and Drawing, 1978–9; gained an honours degree in fine art, painting, at Camberwell School of Arts and Crafts, 1979; then did postgraduate studies in art and design at Middlesex Polytechnic, 1982–3. Gained a number of British Telecom commissions from 1986; won a portrait award at British Painters ’88, Mall Galleries, 1988; the Curwen Gallery John Purcell Award, 1993. Was artist-in-residence, Gallery Avsenik, Slovenia, 1994. Group shows included Loseby Gallery, Leicester, 1985; Goldmark Gallery, Uppingham, 1989; Open Print Exhibition, Mall Galleries, from 1994; and The Table Studio Group, The Living Room, 1996. Later solo shows included John Russell Gallery, Ipswich, and Surrey University, both 1995; in 2000 one of sculpture, on which she latterly concentrated, at Lyveden New Bield, a National Trust property near Oundle where she had a residency; in 2002 at The Water Tower, Brigstock, where Stoddart had her studio and where exhibitions of other artists’ works were also held as Fermynwoods Contemporary Art; Reflected, The Gallery, Stratford-upon-Avon, 2003; sculpture and prints at Stamford Arts Centre, 2004; with another at Derby Museum and Art Gallery, 2005.

Read more
Stoddart was an imaginative abstract sculptor in a variety of materials who latterly experimented with Perspex and light effects. With the dancer/choreographer Isabel Jones, director of Salamanda Tandem, and the technician Andy Eathorne she also researched the meeting point between sculpture, dance and light. Bedford County Council holds her work. Lived in Brigstock, Kettering, Northamptonshire.