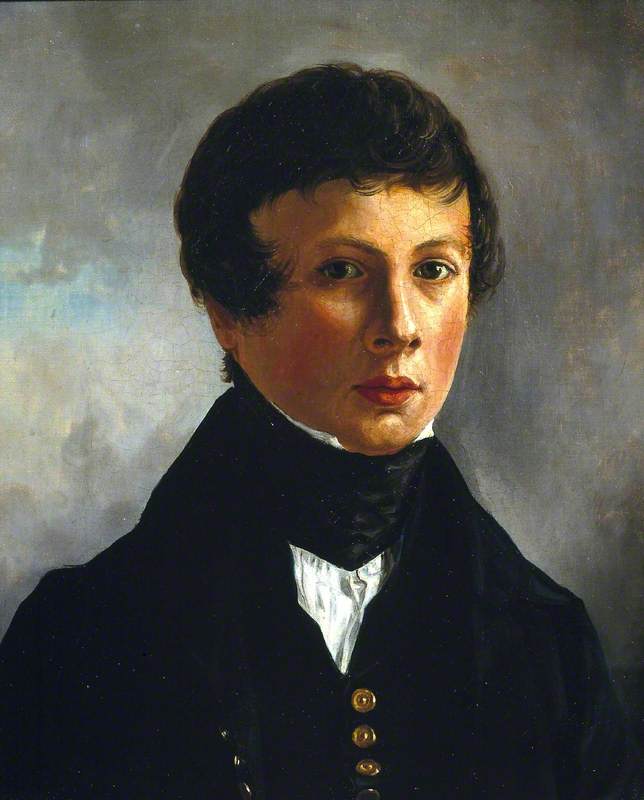 (b Blandford Forum, Dorset, 31 Dec. 1817; d London, 1 May 1875). English sculptor, painter, and designer, the son of a housepainter. With the assistance of the local clergyman, who recognized his talent, Stevens was sent to study in Italy in 1833, at the age of 15, and remained there until 1842. He worked with Thorvalden in Rome, and laid the foundations of his style in the study of the Renaissance masters, above all Raphael. After his return to England he taught at the Government School of Design (later the Royal College of Art), 1845–7, and in 1850–7 he was chief designer to a Sheffield firm of bronze- and metal-workers. In 1856 he entered the competition for the Wellington Monument to be erected in St Paul's Cathedral, and although his design was placed sixth, he was eventually awarded the commission.

Read more
It occupied him for the rest of his life and was plagued with bureaucratic problems. It was not finally completed until 1912 (long after Stevens's death), when the equestrian group at the top was cast from his model. Nevertheless, it is not only Stevens's masterpiece (indeed, the only one of his large schemes to come to fruition and survive), but also the greatest piece of sculpture produced in England in the 19th century. The architectural elements form a splendid, bold composition, and the two bronze groups Valour and Cowardice and Truth and Falsehood have an almost Michelangelesque grandeur and vigour.Apart from the Wellington Monument, Stevens's finest work was the decoration for the dining room at Dorchester House, London (c.1856), a sumptuous residence built for the millionaire R. S. Holford. It was demolished in 1929 (the Dorchester Hotel now occupies the site), but a fireplace is in the Victoria and Albert Museum, London, and many of the fittings are in the Walker Art Gallery, Liverpool, which has an outstanding Stevens collection. He was a masterful craftsman in numerous media—marble, bronze, silver, porcelain—and was also a painter, although he destroyed much of his work because it did not satisfy him. His unexecuted designs included schemes for the decoration of the interior of the dome of St Paul's Cathedral and the Reading Room at the British Museum, recorded in his superb drawings, which are particularly well represented in Cambridge (Fitzwilliam Mus.), Liverpool (Walker AG), London (Tate Britain), Oxford (Ashmolean Mus.), and Sheffield (Mappin AG). These drawings are very much in the High Renaissance tradition, and it is to this era that Stevens belonged in spirit.