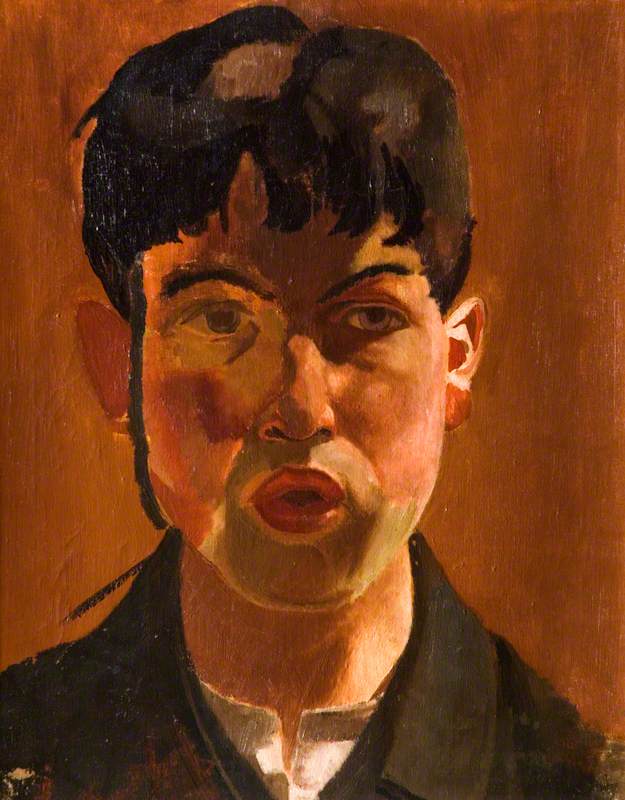 Painter, especially of landscapes, draughtsman, teacher and writer. Born at Cookham, Berkshire, brother of the painter Stanley Spencer. Gilbert studied at Camberwell School of Arts and Crafts, woodcarving at the Royal College of Art, 1911–12, then with Fred Brown and Henry Tonks at the Slade School of Fine Art 1913–20, although between 1915–19 this was broken by Army service. Spencer had his first one-man show at the Goupil Gallery in 1923, also exhibiting at RA (he was elected RA in 1960), NEAC of which he was early made a member, Leicester Galleries, RSA, Redfern Gallery and many other venues. Although he produced notable wall paintings for Holywell Manor, Oxford, 1934–6, Spencer made his name as a landscape artist working mainly in the English southern counties.

Read more
At various times he taught at Royal College of Art, Glasgow School of Art and Camberwell, serving meanwhile as an Official War Artist, 1940–3. His book Stanley Spencer appeared in 1961 and his Memoirs of a Painter in 1974. Retrospective exhibition at Reading, 1964. Tate Gallery and many other public collections hold his work, sometimes just signed G S. Lived near Reading, Berkshire.