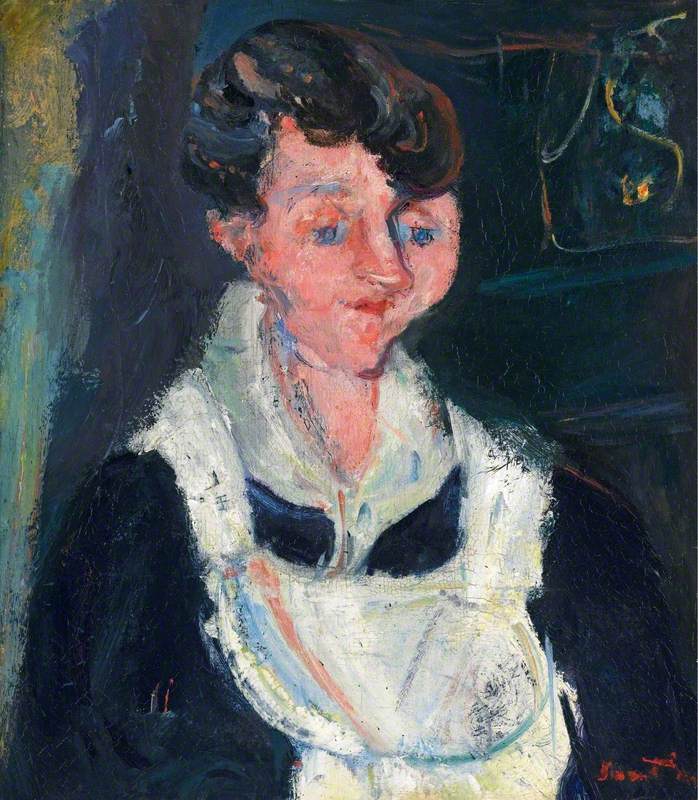 (b Smilovitchi, nr. Minsk, 1893; d Paris, 9 Aug. 1943). Lithuanian-born painter who settled in France in 1913 and became one of the leading Expressionists of the École de Paris. His friends in the circle of expatriate artists there included Chagall and also Modigliani, who painted a memorable portrait of him (1917, NG, Washington). Soutine suffered from depression and lack of confidence in his work (he was reluctant to exhibit and sometimes destroyed his own pictures), and he endured years of desperate poverty until the American collector Dr Albert C. Barnes bought a number of his paintings in 1923. Thereafter he was free from need, although he continued to suffer from ill health and a disposition towards self-torment. His output work included landscapes, portraits, and figure studies of characters such as choirboys and pageboys.

Read more
His style is characterized by thick, convulsive brushwork, through which he could express tenderness as well as turbulent psychological states. There is something of an affinity with van Gogh, although Soutine professed to dislike his work and felt more kinship with the Old Masters whose work he studied in the Louvre: his pictures of animal carcasses, for example, are inspired by Rembrandt's Flayed Ox. However, the gruesome intensity of works such as Side of Beef (1925, Albright-Knox AG, Buffalo) was not gained simply through study of similar pictures, for Soutine visited abattoirs and even brought a carcass into the studio. His neighbours complained of the smell of the rotting meat and called the police, whom Soutine harangued on the subject of how much more important art was than sanitation. The filthy state in which he lived during his years of poverty was notorious: the poet André Salmon recalled that Soutine once consulted a specialist about earache and that ‘In the canal of the painter's ear the doctor discovered, not an abscess, but a nest of bed bugs.’