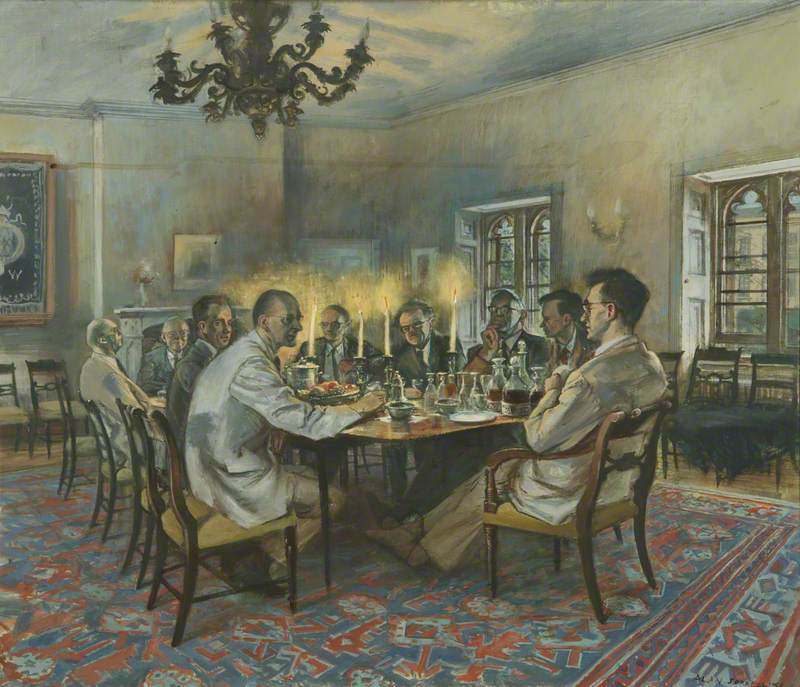 Muralist, artist in oil, gouache and watercolour, teacher, illustrator and lithographer of landscapes and figure subjects with a strong interest in early history. Sorrell’s illustrations to Henry Loyn’s Norman Britain, 1966, and Medieval Britain, 1977, are exemplary in blending a clear, informative text with superb artistic reconstruction. Born in London, Sorrell studied at Southend School of Art.

Read more
He worked for several years as a commercial designer, entered the Royal College of Art, 1924–7, then was awarded a scholarship to the British School at Rome, 1928. Exhibited at RA, NEAC and RWS. Taught at the Royal College, 1931–48, during which time he visited Iceland. During World War II Sorrell served as a war artist with the Royal Air Force for several years, his work – which has a strong Neo-Romantic flavour, typical of its time – being held by the Imperial War Museum. Tate Gallery, Ashmolean Museum in Oxford, London Museum and National Museum of Wales in Cardiff also own examples. In 1947 Sorrell married the artist Elizabeth Tanner, their children being the artists Richard and Julia Sorrell. Completed a series of murals after World War II, including one for the Festival of Britain, 1951. Commissioned by the Ministry of Works to make drawings of ancient monuments. Lived at Daws Heath, near Thundersley, Essex.