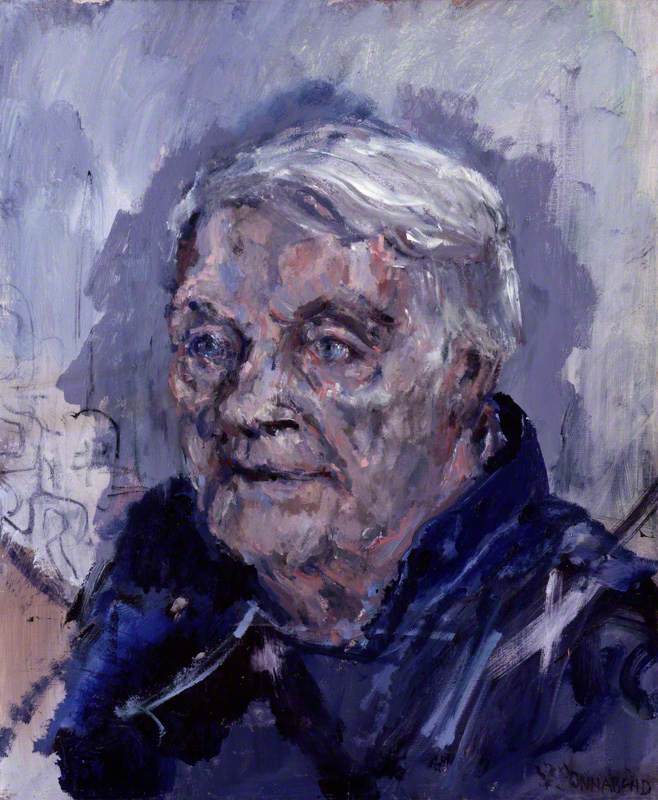 Stage designer, painter and teacher, born in Rhodesia, but resident in England from 1954. She attended L’Académie des Beaux-Arts, Geneva, Switzerland, 1951, studying painting and stage design at the Slade School of Fine Art under William Coldstream and Robert Medley, 1955–60, receiving a Boise postgraduate travelling scholarship, 1960. Other awards included travel award, British School in Venice, 1977, and British Council grant, Prague, Czechoslovakia, and Arts Council bursary, Geneva, Switzerland, both 1979. From 1964 she taught variously at Camberwell, Wimbledon, Central St Martins and Slade Schools, also working as a designer for ballet, theatre and opera. Sonnabend was a member of the Society of Stage Designers. She illustrated C H Waddington’s Tools of Thought, 1976, published in Italy as Strumenti per Pensare, 1977.