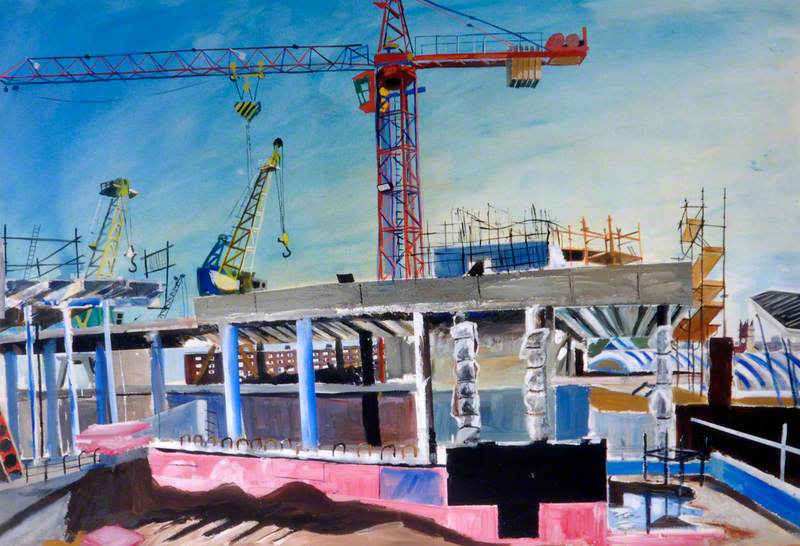 The Construction of Prospect Building No. 1, University of Sunderland, Tyne and Wear

Artist in watercolour and gouache on paper and teacher, born in Taunton, Somerset. He did a foundation course at Taunton College of Art, 1974–5; gained a first-class honours degree, fine art painting, from Birmingham Polytechnic, 1975–8; then his master’s from Royal College of Art’s painting school, 1979–82. Teachers included Alan Miller and Mario Dubsky. Soden wrote that he was “a painter of contemporary and political themes,” much work stemming “from a dialogue with the English topographical tradition of landscape painting, in particular Girtin, Cotman and Turner.” Among his many awards were, latterly, a Northern Arts Major Print Bursary, Lowick House Print Workshop, Cumbria, 1992; First Prize Open Class, Honiton Festival Art Competition, 1994; and 1st Prize, The Journal (Newcastle) Art Competition, 1996, being runner-up in 1997.