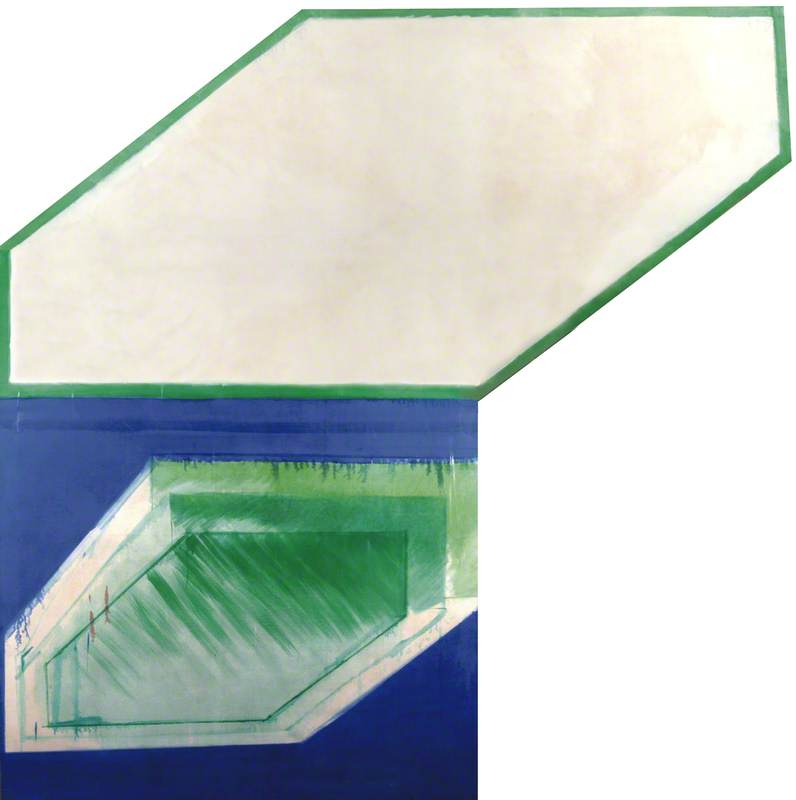 British painter, born at Letchworth, Hertfordshire. He studied at the Luton School of Art, 1948–50, and after doing National Service in Hong Kong, at St Alban's School of Art, 1952–4, and at the *Royal College of Art, 1954–7. From 1957 he spent a good deal of his time in the USA (he settled in New York permanently in 1976). In his early work he was influenced by both the vigorous handling of *Abstract Expressionism and the brash imagery of American advertising, with allusions to billboards and packaging, so linking the preoccupations of the *Situation group, with whom he exhibited, to those of *Pop through a fascination with the rhetorical power of sheer scale. From about 1963 he used *shaped canvases, which he sometimes made project from the wall, turning the picture into a three-dimensional object.

Read more
This led to further experimentation with the support, and some of his most characteristic paintings use a kite-like format in which the canvas is stretched on rods that are part of the visual structure of the work (Mandarino, 1973, Tate). In these the colouring is usually much more subdued and soft than in his early work, sometimes with a watercolour-like thinness of texture and vague allusions to nature. Further Reading Tate Gallery, Richard Smith: Seven Exhibitions (1975)