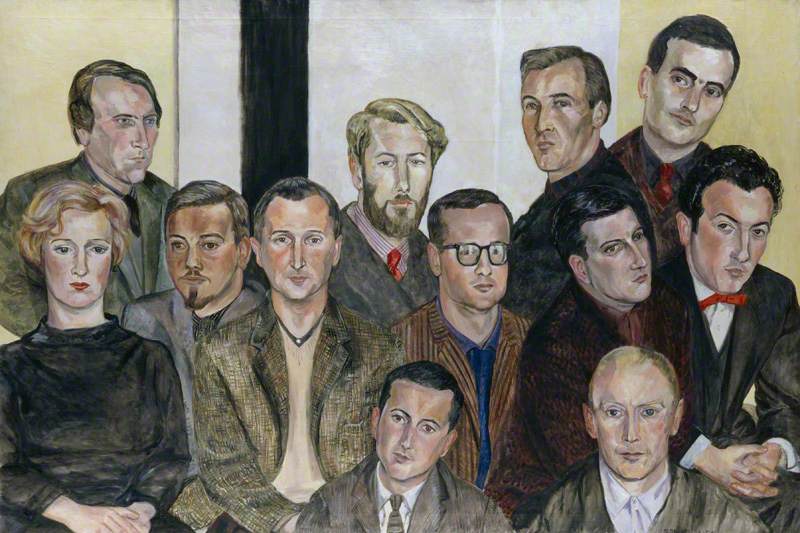 National Portrait Gallery, London
British painter, active mainly in the USA, born in Llandudno, Wales. She studied at Brighton College of Art but for a time gave up painting for nursing at the insistence of her father. In 1961 she moved to New York with her husband, the art critic Lawrence *Alloway. Sleigh is a figurative painter and her work has been acclaimed for her *feminist approach to pictorial genres which have traditionally been monopolized by a male perspective. Her most famous work is The Turkish Bath (1973, David and Alfred Smart Museum of Art, University of Chicago), which revisits the famous painting of that title by Ingres in the Louvre, but using identifiable male figures (including Alloway) rather than female nudes. The obvious criticism is that Sleigh is ‘objectifying’ the male nude just as Ingres did the female, but, unlike the 19th-century French painter, Sleigh presents the figures as strongly individualized, as the feminist art historian Linda Nochlin put it, ‘down to the most idiosyncratic details of skin tone, configuration of genitalia or body hair pattern’.