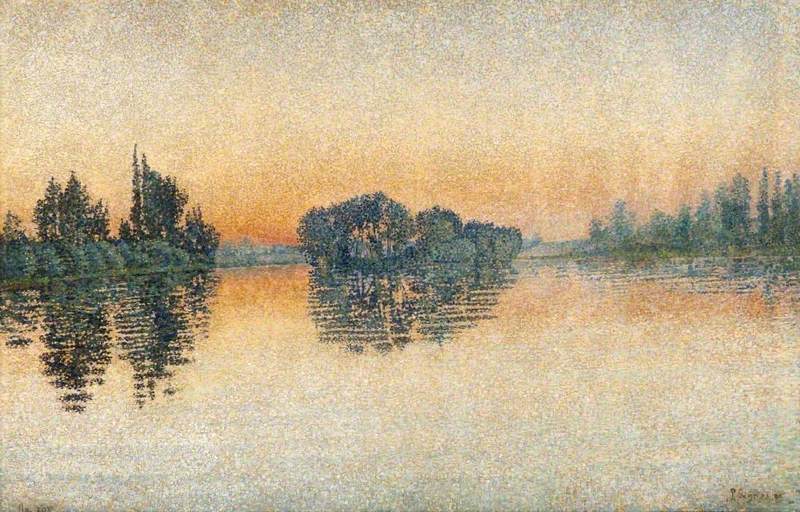 (b Paris, 11 Nov. 1863; d Paris, 15 Aug. 1935). French painter, printmaker, and writer. He began in the Impressionist manner, but met Seurat in 1884 and became an ardent disciple of his views and technical method. After Seurat's death in 1891 he was the acknowledged leader of the Neo-Impressionist group, and in 1899 he published D'Eugène Delacroix au néo-impressionnisme, which was long regarded as the authoritative work on the subject. The book was, however, more in the nature of a manifesto in defence of the movement than an objective history. It reflected Signac's use of more brilliant colour from about 1890, as he moved away from the scientific precision advocated by Seurat to a freer and more spontaneous manner. His work had a great influence on Matisse, who visited him at St Tropez in 1904 (a keen yachtsman, Signac spent a good deal of time on the Mediterranean and French Atlantic coasts; harbour scenes were his favourite subjects).