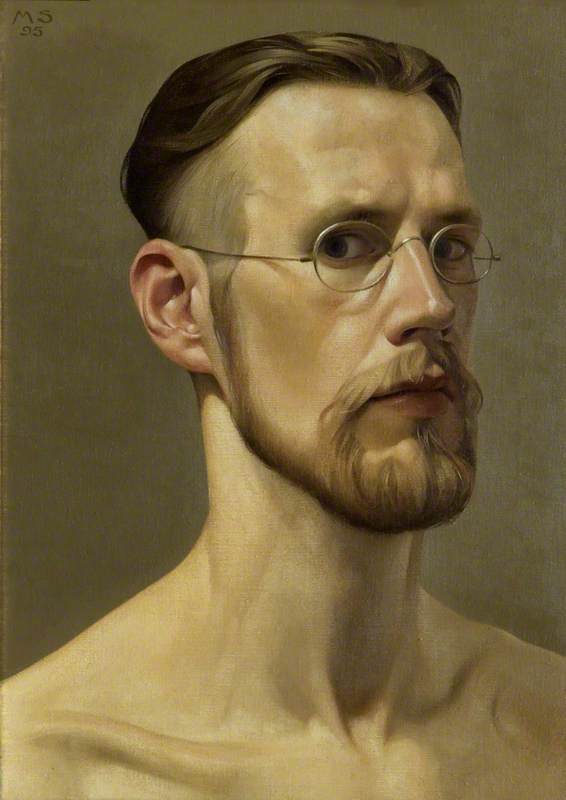 Self Portrait: The Troubled Look 1995

Painter and draughtsman, whose acrylic on linen paintings and charcoal drawings, portraits and still lifes, in their attention to detail, craftsmanship and fine finish indicated a debt to the Old Masters. Shields gained a fine arts honours degree at the University of Ulster, 1981–5, adding a teaching certificate, art and design, 1988–9. He won an Ulster Television award for outstanding work by an artist under 30, 1990; was a Winsor & Newton Young Artist Award finalist, 1992; won an Abbey Stained Glass Studios Award, RHA, Dublin, 1994; and in 1995, the year he gained his associated diploma from the RUA, obtained the Anderson’s Auctioneers & Valuers Prize there. Group shows included RUA from 1987; Cavehill Gallery, Belfast, from 1990; RI, 1992; ROI from 1992; RA from 1993; and BP Portrait Award Exhibition, National Portrait Gallery, from 1994.

Read more
Had a solo show at Otter Gallery, Belfast, 1986, another at Grosvenor Gallery, 1997. Inhabitants of the Dream Courtyard there, in 2001, was accompanied by an illustrated booklet of the works with a mystical text. It was followed in 2003 by 40 Small Paintings, with a further exhibition of paintings and drawings in 2005. In 2004 and 2005, Shields’ work was also shown at the Basel Art Fair. Ulster Museum in Belfast, Arts Council for Northern Ireland and National Self-Portrait Collection of Ireland, Limerick, hold examples. He lived in Dundonald, Belfast.