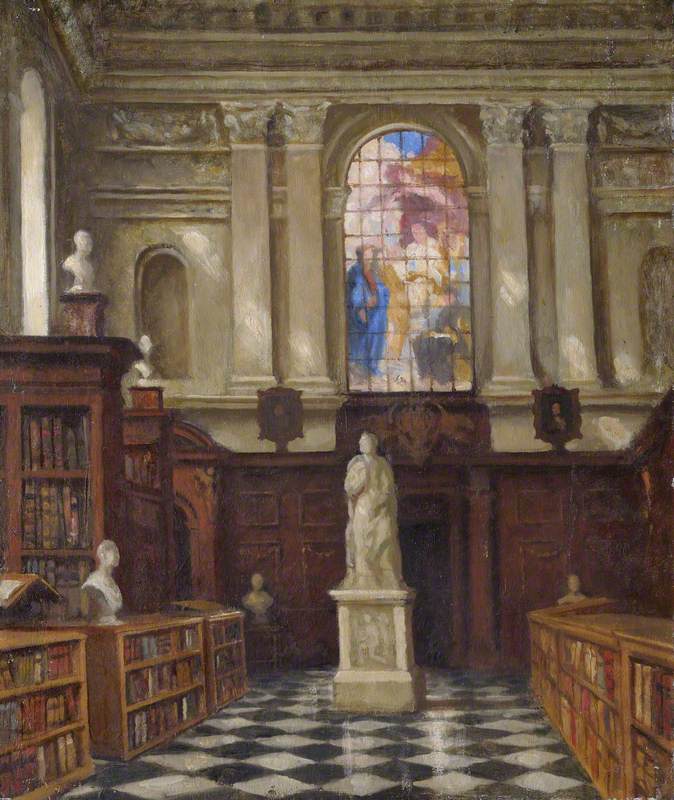 Interior of the Wren Library

Trinity College, University of Cambridge
Shepherd is mostly known for his elaborate interior paintings. These include paintings of libraries and halls within the universities of Cambridge and Oxford. He exhibited at the Royal Academy, the Goupil Gallery and other galleries across England. Born in Stoke-under-Ham, Somerset, Shepherd was educated at Rugby and Corpus Christi College, Oxford. He studied art at the Slade School (1898–1901) and joined the English Art Club, where he eventually served as Hon. Secretary in 1939. He was an associate member of the Société Nationale des Beaux-Arts and a knight of the Order of the Crown of Belgium.