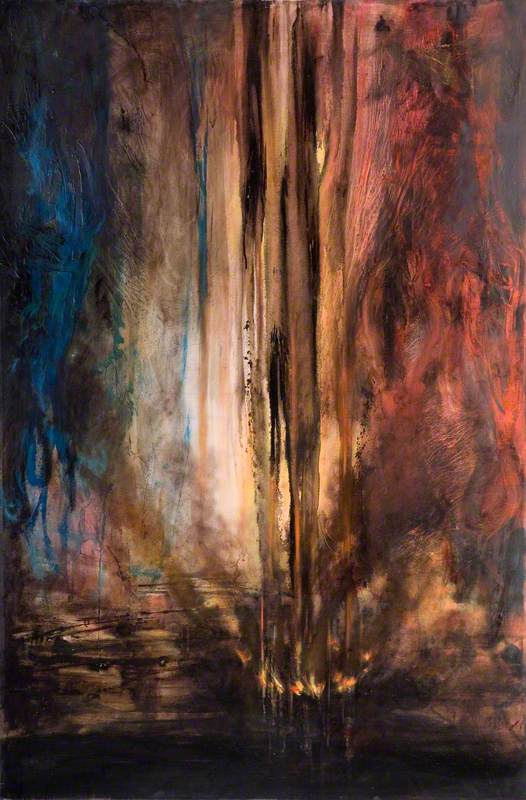 Painter, draughtsman and teacher, born in Suffolk. He studied at Ipswich School of Art, 1971–2; Loughborough College of Art, 1972–5; and Slade School of Fine Art, 1975–7. He taught at North Staffordshire Polytechnic; Harlow College, in Essex; Portsmouth, Manchester and North-East London Polytechnics; and Chelsea School of Art. Shave showed in many mixed exhibitions from mid-1970s, including Loughborough University, Ipswich Art Gallery, Thumb Gallery, Aspex Gallery in Portsmouth and Gainsborough’s House, Sudbury. After a solo show at Framlingham Art Gallery in 1974, he showed at North Staffordshire Polytechnic Gallery and Morley Gallery in 1983 and The Minories, Colchester and tour, 1985. He was included in the South Bank Centre’s touring show the Presence of Painting, 1988–9.

Read more
Shave’s pictures had a strong Expressionist element, painted in hot, earthy colours. The theme of the garden was a strong one. He wrote that the main themes running through his work were “order and chaos and the transience of existence which encompasses both biblical and mythical implications as well as the mundane.” The Arts Council’s example Inferno Storms, of 1986, is a good example. Lived for some time at Newcastle-under-Lyme, Staffordshire.